At 15, Chip is out and proud. It doesn't hurt that his best friend Jennifer is only the most popular girl in their high school. With her at his side, he feels invincible.

When Chip's older sister invites him and Jen to help her man a vendor booth at Richmond Pride, the two teenagers jump at the chance. Decked out in a provocative bathing suit and feather boa, Chip is completely in his element. Then Jen spots Bobby, who plays soccer for their school and who Chip's had a crush on forever. If he's at Pride, does that mean what Chip hopes it means?

But when Chip tries to talk to Bobby, he discovers not all gay teens are as comfortable flaunting their sexuality as he is. 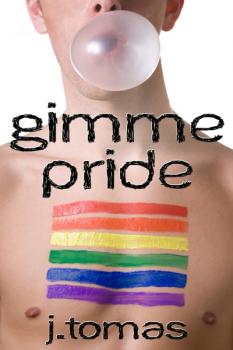 Chip met Jen in the seventh grade. He was still a nerdy nobody at that point, but Jen was already on her way to being someone special. Even though he didn’t like girls, he thought she was pretty, in that flashy, diva-esque way all the superstars were, like Britney Spears or Lady Gaga. It was her hair, for starters -- Jen had a mountain of curls atop her head, each one perfectly coiled and sprayed into place. The strands framing her heart-shaped face were almost white with frosting, and the rest of her mane blended into golden shades kissed by the sun. Everyone liked Jen, everyone, but no one really liked Chip all that much, so he was surprised and a little bit nervous when the science teacher assigned her as his lab partner.

The first assignment they had to complete didn’t go so well. Dissection wasn’t something Chip wanted to do, and he stared with disgust at the dead frog lying spread-eagle on their table. He glanced at Jen, saw a similar look of horror on her face, and tried to talk himself into taking the lead. He was the man, wasn’t he? It was only a frog, and besides, it wasn’t like he had to kill it or anything. It was already dead. All he had to do was cut it open ...

He picked up the scalpel and prodded the frog’s white belly with the tip. The give of the flesh was unexpected and nauseating. “Ew,” Chip announced, stepping back.

Beside him, Jen agreed. “Gross.”

At the table in front of theirs, JV quarterback Jason Pitt turned around, an ugly sneer marring his Neanderthal features. “What’s the matter, Reid? Scared of the froggie?”

Chip opened his mouth to say something that would’ve probably gotten his ass kicked after school, but before he managed to get a word out, Jen jumped in. “Just because you get off playing with dead things doesn’t mean we all do.”

Jason couldn’t touch Jen -- he had a fierce crush on her, everyone knew it, and she was a girl, besides. So he glared at Chip instead. When he couldn’t think of anything cutting to say, he resorted to his favorite put-down. “Shut up, you queer.”

Loudly, Jen announced, “Don’t listen to him, Chip. He’s just mad I turned him down for homecoming.”

Still, that queer slur stung. After class, Chip buried his head in his locker and tried to disappear. Bad enough the guys teased him in the locker room or P.E. class, but out where everyone could hear them? Where someone like Jen heard? That was low.

A hand trailed across Chip’s shoulders and he jerked. For a heart-stopping moment, he thought it was Jason come to beat him up anyway. But when he glanced up, he found Jen leaning against the locker next to his. “Hey.”

“Can I ask you something?” She clutched her books to her chest, her arms crossed defensively. Her eyes were wide and impossibly blue above lips painted a pale pink. “You can say no.”

Jen chewed on her lower lip, which Chip had heard guys liked. It didn’t do anything to him, but he could see where someone might find it cute. He’d have to keep that in mind himself, if he ever got a boyfriend. If he ever met another guy like him. Hell, if he ever got up the nerve to even look.

Because it’s true, Chip thought, but he couldn’t say the words out loud. What if someone overheard him? Or what if Jen told someone else? It’d get around school in no time as the gospel truth and not just a locker room rumor any more. So he shrugged and settled for a half-truth. “I guess it’s because I don’t have a girlfriend like all the other guys seem to.”

For a long moment, Jen studied him. Chip fished his books for his next class out of his locker and shut the door. As he spun the combination lock, Jen slipped an arm through his.

He looked at her, surprised. She grinned and, with a quick wink, snuggled closer to him. “You do now.” 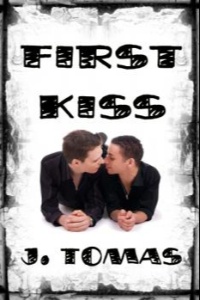 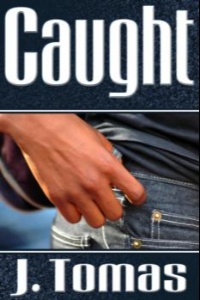 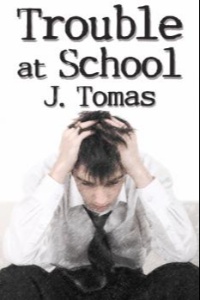