In this dark retelling of a classic fairy tale, Hansel and Gretel are twins living in the rural town of Brimstone, at the mercy of their selfish and manipulative mother. Desiring to be free of the burden of caring for children who have come of age, Mother concocts a plan to abandon them far from home. But Hansel and Gretel are crafty and resourceful, prompting Mother to be even more devious. However, the twins find refuge at Ginger's Diner, a refuge which quickly becomes a prison. Held captive by a vile witch, Hansel and Gretel realize there is only one way to escape, a way which will change their relationship forever

Warning: This title includes themes of incest and nonconsensual sex.

From BREIA BRICKEY, PARANORMAL REVIEWS
Not your average fairy talevery well put together and descriptive. I was drawn to the twins. Everyone knows how the original story ends and they do live happily ever after with a twist. I enjoyed very much how well the story floweddidn't feel like a big stretch from the original. (V)ery impressed with Mr. Daemon's storytelling capabilities.

The witch's grip shifted from Gretel's neck to the girl's arm as Ginger pulled the girl toward another door. Gretel cried out for help several times, screaming at the top of her lungs in the hope that Sheriff Fred would hear her. The witch slapped Gretel hard across the face, sending her sprawling into what appeared to be a bathroom.

"Don't waste your breath, you little backwoods bitch," she growled. "I've enchanted this entire building so that no sound escapes from one room to the next. Now, get those dirty clothes off!"

Gretel sat up on the floor, touching her split lip and glaring in terror at the witch. "Wh-what?"

"Strip, girl!" commanded Ginger, hulking like an ogre in the doorway. "I want every stitch of clothing off that skinny little body! Do it!"

Amid trembling whimpers and fumbling fingers, Gretel scrambled to her feet, hastily removing her shirt and shorts and everything else she wore before Ginger's impatient gaze. Shamefully, she stood nude before her captor, self-consciously covering her privates.

"Put your hands at your sides, girl," ordered the witch, approaching the quivering young woman. "I need to get a good look at you."

Eyes squeezed shut, Gretel did as she was told, wincing and flinching when she felt the dry, bark-like hands of the witch touching her breasts, her thighs, even the plump mound of lightly-furred flesh above her sex. Gretel caught her breath when she felt a twig-like finger slide against her labia, pushing in slightly.

"Not exactly his type," commented Ginger, sniffing her finger. "But you're fresh and young. He should be happy with you."

The witch sneered. "Tell me, girl, are you willing to do whatever it takes to keep you and your brother safe from harm?"

Gretel rubbed her shoulders, not knowing what the witch was getting at, but knowing whatever it was, she wasn't going to like it. "M-maybe . . . ."

Ginger cackled. "Sure you will," she said patronizingly. "You'll do whatever I tell you, girl, because if you don't, then your brother starts to lose weight one finger at a time."

"Then you do what I say." Ginger indicated the sink and the small, stand-up shower behind Gretel. "Now, get yourself cleaned up. You may be young and fresh, but you stink like a barnyard dog. Fred may be pig, but I'm sure he draws the line somewhere."

Gretel blinked in surprise. What? Does she mean I'm gonna have'ta screw that sheriff?

The witch chuckled darkly. "Oh, don't try to play innocent. At least one little badger's played around in your cave. And it could be worse. He could be ugly."

Ginger sighed, hands on her hips. "Because, when he first became sheriff, some ten years ago, he decided he had to do safety inspections of all the businesses in the county. Well, I don't like people snooping around back here, so I made him a deal. And he's been taking advantage of that deal every month since."

Ginger sneered, gesturing casually. The clothes upon the floor flew into her hand, startling Gretel. "Maybe I just don't feel like it. Besides, it'll be interesting to see what he does with a young kitty like you. Now, get yourself cleaned up." 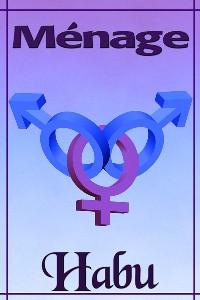