Daughter of a goddess and a mortal, Gloria was a beauty born to fight. Captured and taken to Rome, she is sold as a slave to the King and must become a Gladiatrix in order to save herself from the advances of the handsome but immoral centurion Arun, the evil King and his duplicitous wife Penelope, and capture the heart of the one man who can set her free from the arena, the one man the goddess has sent for her, the King’s twin brother Castor. 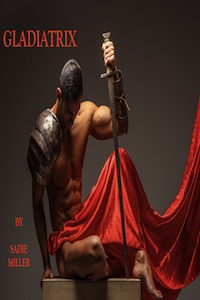 Suddenly she heard the rustle of the tent’s curtain opening, and then the sound of footsteps behind her. She dropped the white cloth back into the water with a splash, and hurried to secure her toga before turning to greet her unexpected visitor. She hoped that it might be one of the other women from her village, perhaps they had chosen for her not to be alone after all. But as her gaze came to rest upon her guest, her heart sank.

The centurion with the scar stood in the opening, his broad shoulders and thick muscular thighs highlighted by his golden amour and red fabric under the light of the pale silver moon. He stared at her for a moment and then removed his helmet, revealing his closely shaved head. He rubbed his hand against the skin of his scalp and smiled at her. His sandals crunched against the grass as he moved further into the tent, letting the flap of fabric fall shut behind him.

“Hot,” he said, the sweat glistening at his temples. Gloria tightened her toga around her. The centurion stared at her, as if he were waiting for her response, but Gloria stayed silent.

“I said the night is hot,” he repeated, moistening his lips as he spoke. “The gods know we have waged war, they feel our fire.”

Gloria saw his eyes taste all of her hungrily, taking in every inch of her.

“Does this mean we are now in a time of peace?” she asked him quietly, the fabric of her toga sticking closely to her still moistened skin. The centurion laughed, his muscles tensing in his cheeks.

He advanced further towards her, setting down his helmet on the simple bed that had been arranged for her. He smiled, the white of his teeth standing out against the deep tan of his skin, his scar catching in the light.

“Where are our men?” Gloria said, standing her ground. He was looking to make himself comfortable, but Gloria was in no mood to entertain such a man. “What have you done with them?”

The centurion grinned broadly and gave a hollow laugh.

“You need not waste your thoughts on them, for they are gone forever, never to return.”

Gloria couldn’t stop herself. She raced forwards, raising her hand to strike him, but the centurion caught her wrist and held it tightly.

“They were weak,” he continued slowly, deliberately. “They did not deserve to be the guardians of a beauty such as you.”

When a Good Angel Falls (MF)
Savanna Kougar
In Shelf
$1.99 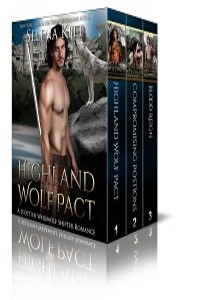 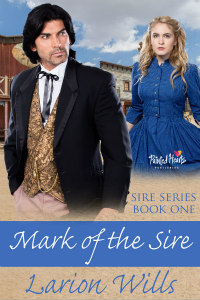