Stunning Kirstin thinks physical perfection is essential to gain the true love. Losing a finger in an accident makes her feel imperfect and therefore unlovable.

When the handsome Gordon falls for her on the Austrian ski slopes, Kirstin is quick to dismiss his feelings as fake.

But in doing so, she risks losing more than her finger ... 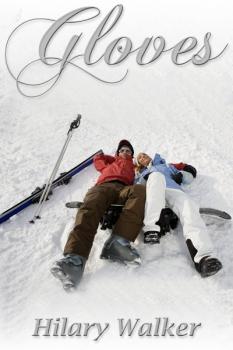 Ever since her accident, Kirstin had wallowed in self-pity. Before, she’d seen herself as perfect: curvaceous figure with piercing green eyes accentuated by cheekily cropped black hair. She had demanded and received the attention of any male she wished -- but all that had disappeared with her middle right finger. Only while riding horses and skiing did she feel attractive once more, for both sports required gloves.

“Why so bitter? Tell me what happened.”

She hated reliving the disastrous events of that day. One moment she was normal, the next -- mutilated. But the man didn’t seem morbidly curious: he sounded genuinely concerned and, haltingly, unable to look at him, she told him her tale.

After she finished, he paused, then said, “So ... you lost a finger. What's the big deal?”

Kirstin flinched, hurt. She’d forced herself to narrate the toughest moment of her life and in return her listener was being flippant.

With a smile, he reached for her gloved hands and gently peeled off their layers of disguise until he held her long, bare fingers in his.