Twenty years ago, Trent Hardy and Dean Pennington were on the brink of a loving relationship. Then Dean’s family suddenly whisked him half-way around the world.

For a time the two tried to maintain contact, but life intervened, and they lost touch. Though he’d not heard from Dean in years, Trent still continued to hope.

Following a vivid dream in which a voice repeatedly instructs Trent to Go to him, Trent is led back to Dean, who is delighted their love has survived the long separation.

But is all as it seems? Can Trent hold onto Dean this time, or is it too late? 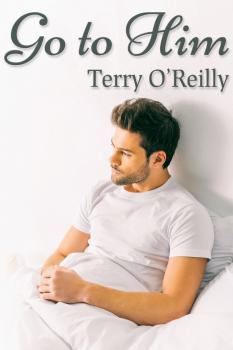 They said goodbye and left. “Fuck! I’ve stepped in it with Christy. Now I have to deal with her and figure out what this voice thing is all about,” Trent said aloud as he approached an intersection. He turned on his left blinker. As he did he had a strong urge to go right instead. He resisted the urge and turned left.

Immediately the voice said, Go to him. He’s waiting for you.

Trent pulled over to the curb. He sat, hands on the steering wheel, trying to decide what he should do. He made up his mind.

This isn’t going to stop until I find out what this is all about, he thought. He took out his phone and called the law office where he worked as a paralegal. He made up the excuse that there was an emergency he needed to take care of, rationalizing it might very well be true. Once done, he pulled away from the curb, made a U-turn, and headed in the direction in which the voice had urged him.

Trent drove slowly, awaiting further indications of where to go. He made several turns in response to the urgings he felt. Soon he was driving in familiar surroundings.

He recognized where he was. “This is my old neighborhood,” he said aloud.

He slowed and stopped in front of a house. It wasn’t the house he’d grown up in. However, he did recognize it. He looked at the two-story, pale blue, frame, Victorian style house with its sweeping front porch. He stared at the house for several minutes, trying to remember why it looked so familiar.

Go to him. He’s waiting for you.

This time the voice was gentle, almost tender.

Trent took a deep breath and got out of the car. He walked up the front walk. It was lined with white flowers. When he started up the stairs, he noticed the white pillars of the porch resembled those of the pagoda from his dream. The curtains in the windows were white sheers, as were those he’d seen in the pagoda on the beach. The windows were open and the curtains rippled in the summer breeze. A wave of apprehension mingled with excitement flowed through him.

He got to the front door and raised his hand to ring the bell, but stopped. “I can’t do this ... it’s too weird.”

Trent turned to leave. As he did, the door opened behind him. Turning back, he saw the blond-haired man with the pale blue eyes from his dream. Again he was dressed only in white clam diggers.