Since the days of her first frustrating sexual awareness which in time became strong insatiable urges, Grace became a ‘fast but frequent lover’ who always had an urgent need to be satisfied. Her problem was very few of her many lovers and her husband, also fast and frequent, could last the pace of Grace who in the beginning of her sexuality was happy with being pleasured twice in any one act. Sex was always on Grace’s mind and as she grew so did her need for more pleasuring and often indulged in sexual acts with a work colleague. Grace and her husband were heading for more than just a separation when one merry and drunken Saturday night he brought Grace a mystery gift. A mystery gift she could not refuse and her use of it is often but the gift remains a mystery. 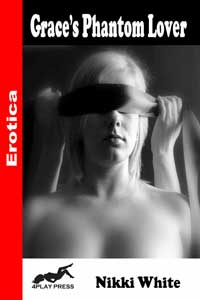