Hayle Malone was one of the best jewel thieves in the world. Known simply as Karma, her true identity is known only by a few trusted friends. When she’s hired to steal one of the most priceless sapphires in the world, dubbed Grande Zaffiro, she recruits an expert computer hacker to help break through the state-of-the-art security at the museum where the stone is on display. Finneus Mitchell, a detective in the robbery and homicide division of the Detroit Police Department has been given the Karma case exclusively. He’s been hunting the woman for two years and when he gets a break in the case, he’s finally convinced they’ll be able to capture Karma and put an end to her life of crime.

Hayle and Finn met two years previous at a fundraiser held by the governor of Michigan. They hit it off immediately and spent one intense, passion filled night together. Then Hayle walked out of Finn’s life without so much as a good-bye.

Two years later, they meet up again and pick up where they left off. Finn’s getting closer to catching Karma and even closer to losing his heart to Hayle. When Hayle learns Finn’s a cop and he’s investigating the Karma case, she can’t help but be heartbroken, knowing the man who holds her heart will be the same man who puts an end to her career.

When the truth finally comes out, can Hayle and Finn forgive and forget or will she walk out of his life for good this time? 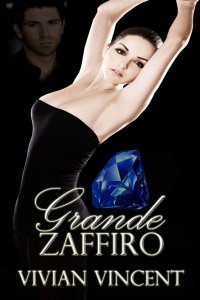 Finn watched as Mickey Tremaine crossed the street from the electronics store to his car. He’d been tailing him most of the day but hadn’t learned much. He’d expected Mickey to have had some sort of meeting with either his cousin or Karma by now, but he’d been alone all day.

He still had a bad feeling about something going terribly wrong, but he couldn’t quite put his finger on it. Frankie Tremaine was hiding something. Finn pulled out into traffic, making sure to stay far enough back from Mickey so he wouldn’t be spotted.

Finn noticed they were on the main road leading to Hayle’s condo, and he wondered if he should just ditch Mickey and go see her. He couldn’t get her reaction to him being a cop out of his mind, but he figured it was just surprise since she thought he was a politician.

“Do I seriously look like a politician?” he said aloud, glancing briefly at his reflection in the rearview mirror. He shook his head. “Hell no I don’t.”

When Mickey turned onto the street Hayle lived on, Finn’s heart thundered in his chest and his grip tightened on the steering wheel. Stopping before he could be spotted by Mickey, Finn watched him drive down the street, pause in front of Hayle’s condo, then turn the corner and disappear out of sight.

If he went after him, Mickey would know he’d been followed. There was only one way in and one way out of this street. If he remained where he was, surely Tremaine would spot him when he left. Finn was torn. He wondered if Mickey had spotted him and turned the corner to wait him out or if the man was lost. He didn’t think he’d been lost. Surely with his knowledge of computers and all things electronic, he had to have GPS in the car he drove.

Finn swore under his breath. He didn’t want to leave, but it seems he had put himself in a bad situation. Putting the car in gear, he headed back out to the main road and decided he’d come back and see Hayle later. He just hoped his gut instinct wasn’t right about Mickey going to see Hayle. As far as Finn knew, there’d be no other reason for the computer geek to be visiting her. They lived in two very separate worlds.

Come to think of it, so did he and Hayle. Tightening his grip on the steering wheel and pushing thoughts of her out of his mind, Finn made his way back to the precinct. He needed to contact the D.I.A. and make the arrangements for his undercover assignment.

As he pulled into his parking spot, he heard his phone ringing. Pulling it from the holder on his belt and not bothering to check the caller ID, he snapped out his greeting.

“Hey, Finn. This is Andy Leonard.”

“Well, I just got a call from someone, a friend of the family and she asked me to help her with a job she has coming up on Friday.”

Finn listened and hoped what Andy was about to tell him would confirm what they’d already known.

“Okay, so what does this have to do with me, Andy?” Finn occasionally felt annoyed with Andy because sometimes he seemed so vague when he was talking to someone.

“Well, she said she was stealing Grande Zaffiro from the D.I.A., and she wanted to confirm if I’d be working overnight security there. She wanted me to help distract the police so she could get in and out. She also told me she’d already had a computer guru helping with the security system.”

Wow, not vague any more, Finn thought. “Okay, and?”

“And she also told me she’d pay me handsomely and help me and Becki re-locate to anywhere in the world we wanted.”

“Please tell me you agreed to help her, Andy.”

“I was reluctant, but I did, that’s why I called Tim. He told me you were working the case separate from the Feds and to call you and fill you in on the details.”

Finn smiled. Karma had just been handed to him, all wrapped up in a neat little bow. He didn’t need to go undercover at the D.I.A. after all. It was only a matter of waiting for her to step outside with Grande Zaffiro, and they’d finally put an end to her long career.

“I’m glad you called, Andy. Can you come to the precinct?”

Finn froze, the phone held to his ear while Andy’s words echoed in his head. He felt a painful squeeze on his heart. Dropping the phone to his lap, he sat and stared out the windshield, his hands fisted so tight, they hurt.

Now he understood why she was so upset about learning he was a cop. “Perfect. I’m in love with Karma. Ain’t that a bitch.”

He sat in his car, weighing his options. He could go to her right now and try to reason with her. Tell her he knew who she was and beg her to call off her plans, or he could simply let it go and make the collar of a lifetime, costing him his heart in the process. He could get over a broken heart, but he didn’t know if he could ever get over Hayle’s betrayal. Finn exited his car and headed into the precinct. It was gonna be a long night.