Grateful for You (MM)

Jared Gillespie left the family farm five years ago because Walt Schneider cheated on him. With a woman. What he didn’t realize was that Walt, the man he still loves, was trying to tell him something, and it takes a trip home to figure it out.

After Jared's mother convinces him to return for Thanksgiving, Jared discovers Walt is a daddy now, of all things. His daughter's name is Casey -- Jared's middle name. When Jared and Walt confront each other, the resulting confrontation causes Jared to realize he may have pushed Walt to cheat because of his overbearing ways. But would Walt be interested in trying again, after all this time?

Because a man doesn't name his daughter after his ex-lover if he's over him, no matter what he pretends to the contrary. Maybe Thanksgiving is a time to be grateful: for second chances, and for love found, not lost. 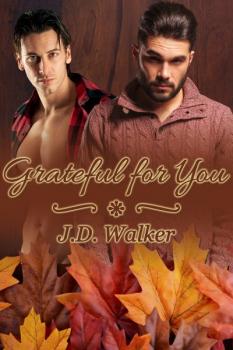 Grateful for You (MM)

Walt placed his empty plate on one end of the table and leaned against a nearby wall. “You made my favorite pie.”

I nodded and focused on scrubbing one of the turkey pans.

“No one’s made that pie since you left.”

I shrugged but didn’t say anything.

“You trying to tell me something, Jared?”

I cleared my throat. “Frankly, I don’t know what I wanted to say, but I thought you’d appreciate the gesture.”

“I do. But I also know you, and it’s always been hard for you to say you’re sorry or admit you’re wrong about something. You tend to use food to convey that instead. Is that what this is? An apology?”

I finished cleaning the pan and grabbed another one. “It won’t erase my behavior in the past, but I thought I’d start with…pie.”

“I see.” He didn’t say anything for a minute, so I dared a look. Walt was smiling. “It was really good pie.”

I smiled back. “Thank you.”

He walked toward me. “I suppose the least I could do is help you clean up, since you made a dessert just for me.”

We worked side by side, family coming in and out of the kitchen to bring more dirty dishes and grab food and drink as needed. An hour later, the procession finally stopped and the place was clean, for the moment.

“Come with me,” Walt said and I followed him outside after we both grabbed our jackets and boots. “Casey is taking a nap with some of the other kids, so she’ll be fine for now. I told Mom we’d do the afternoon feed.”

I followed him back to the stump where I had been sitting the night before. We got comfortable next to each other and stared out at the land before us. “It’s so beautiful here. I’d forgotten that. My fault, though.”

“I guess we’ve both been fools.”

Walt laughed. “Depends on your definition.” Oh, that sound, so deep and carefree. It was the sound of times spent chasing each other around the farm, or making love.

“Tell me, Jared,” Walt said. “And be honest. Do you think you’ll ever come home? Take me out of the equation. Your mom’s getting older, and she doesn’t say it, but she could use help with the baked goods part of the business. There’s a place for you here, Jared. Always has been.”

I sighed. “I know. I need to get over myself, I guess. I wouldn’t mind coming back but I don’t want to be a problem or burden for you. If my being around would cause you pain, then maybe I shouldn’t be here.”

He pinched my bare hand. “Ow! I rubbed the sore spot. “You and Mom can quit with the pinching.”

“Haven’t we had this discussion already? I’m fine, and I have Casey now. Your being here or not is up to you and won’t bother me a bit. I’m not saying I would turn down a chance to try again. But we would be starting over and you still haven’t said whether you want that or forgive me --”

I grabbed his head in my cold hands and kissed him quiet. I pulled back a few seconds later. “That answer your question?” 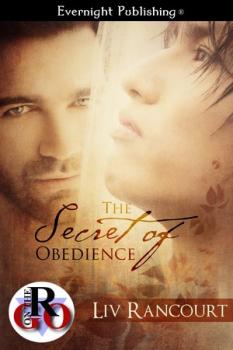 The Secret of Obedience (MM)
Liv Rancourt
In Shelf
$2.99