It’s been a week since leaving the hellish wasteland Preston’s known so well. He’s agreed to travel to the promised land of AiltonCity with Randy, the hybrid droid who captured his heart and saved him from utter solitude. Though he’s looking forward to life in a new place, he’s also going with one thing on his mind: why did the military end Operation Wasteland?

Though once arriving in the city, he realizes it’s just as barren and sordid as the wasteland itself. If only they would accept him into the military base, he’d have food, water, and medication aplenty. However, someone is awaiting his arrival, and suddenly Preston finds that all he’s known for the last four years was based on deception. Can he succumb to the ghost of an ex-lover come back to haunt him?

I breathed in. It was so good to take a full breath without hacking. “Yes.” I’d suffered from the infection for years, though I kept it secret from everyone in the bunker. It was one reason why I’d left, matter of fact, hoping if I separated from them, they wouldn’t catch it. Unfortunately, I was mistaken.

A tear streaked down my cheek. Heidi… Cathleen… They were gone now. The entire colony my ex-lover Leyton formed by himself—damn him for dying. No, I couldn’t think that way. I tried to continue his legacy, but alas the wasteland couldn’t be beaten so easily.

The rover jerked suddenly. In curiosity I rolled on my side, meeting Randy’s gaze. “We’ll stop here for the night.”

He scooted out of the hard seat and proceeded to sit next to me. “It would, but it’ll be safer to leave the unit and take our motorbikes instead.”

Nodding, he said, “A little bit. You know, I could be disciplined for stealing the rover.” He lowered his head, speaking softly, “And my actions against Genry.”

He threaded his fingers in mine. I wanted his warmth more than ever—the first time I ever wanted anyone since Leyton’s death. “I can’t believe what happened back there,” he sighed.

The entire scene played out in my mind again. I couldn’t believe he’d killed his commander. For me? I was a nobody. Raised on the deserted land we called the wasteland: a god forsaken world where survival of the fittest meant shit. Randy, a half droid conditioned to rescue survivors had found me and my lot of survivors, and I left the bunker I’d called home for a possible new life.

“Listen,” Randy said. “When we arrive in Ailton, follow my lead. And don’t wear your mask.”

I pulled the thing away from mouth. “But couldn’t I infect everyone?”

Randy smiled. Jesus, my heart melted every time he smiled. “Makes it look less likely that you’re infected. I’ll have you examined by the medical engineer, just to make sure.”

With a chuckle, I murmured, “Good thing I haven’t gotten you infected, yet.”

“But you have.” He leaned into me, brushing his lips against mine. “Can’t you tell?”

I returned his kiss with the same passion as he’d shown me. Every time our lips met, my heart thudded in my chest and I wanted to hold on to the feeling forever. But he pulled away and laid next to me on the bunk, wrapping his arm around my body, the mechanics there cool against my skin. It’d been years since I felt this way—safe and secure despite the conditions around us. Only Leyton had ever made me feel so welcome. 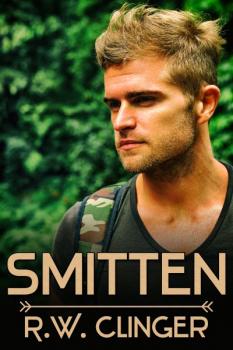