Half in Love (MM)

Working in Europe, gay Coloradan Gabe Mangan runs into a former college friend, Angela. Seduced by Paris’ light and heat, and despite her engagement, he falls “half in love” with her. Gabe escapes to Barcelona and smack into an affair with an aging male model. In the throes of their physically satisfying but unemotional connection, Gabe realizes he really can’t escape from what he felt in Paris and plots to save Angela from a disastrous marriage. 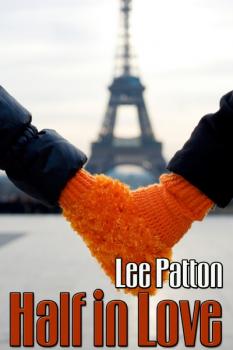 Half in Love (MM)

When a girl’s named Angela, what do you expect? Promiscuous adventurer, virginal scholar, sophisticate, naïf, clotheshorse, a waif in a plaid skirt? My Angela was all of the above, the only friend of mine who’d ever joined a sorority or belonged to the American Union of Democratic Socialist Scholars (there were only twelve members; Angela was Executive Vice President for Operations and Outreach).

But there were even more facets of Angela’s nature. As the twenty-five-year-old “house mother” for Delta Delta Lambda at Cornell, she’d stayed awake all one night falling in love with Louise Glück’s poems, then drove from Ithaca into Vermont at dawn, alone, and took the poet out to breakfast. On the drive back, she christened her beat-up VW convertible “Louise,” the way her parents must have chosen “Angela” -- out of open adoration. They’d proclaimed right on her birth certificate that she was nothing less than an angel. But just as Glück’s words could be tough beauties --

You take my hand, then we’re alone
in the life-threatening forest

-- so Angela was a suburban Denver country-club junior-achiever-tomboy, the only daughter among a small platoon of handsome, willful brothers.

But her parents’ adoration cooled after her angelic christening. Angela inconvenienced the whole family operation, an incubator supply company, which incubated the sons’ careers in medicine, law, finance, and warfare. Her gender expelled her from this manly progression. It was as if the family’s subdivision had medieval covenants that left unwanted daughters behind, alone in dark woods.

When Angela and I were study-group partners at the University of Denver, she and her father had terrific disagreements over her future. I witnessed a few of their dinner-table blow-outs. Her father had grudgingly funded her B.A. in literature, but when she won a teaching fellowship at Cornell, he demanded she turn it down so she could work in the incubator-supply office as a receptionist. “You’ll be the pretty face for the whole company. What else is an English major going to do, anyway, except get married? And soon, I hope.”

His hope was misplaced. Angela did precisely what most English majors do, which is to keep studying literature for as long as possible in a graduate program.

But her father was right about Angela’s face, which was so pretty as to be unlikely -- porcelain skin, big blue doe-eyes, heavy lidded and darkly lashed -- what everyone called “bedroom eyes,” helplessly seductive and prone to shut on contact with men and mattresses.

But I knew how deceptive those eyes were. With lids at half-mast, she might seem bored or tired and seeking some idle pleasure, but she was probably going inward, lost in her alert, appreciative mind to a stanza of Chaucer in Middle English. Her face was truly classic -- small, perfect nose, rosebud lips, a cute chin that could be assertive and downcast all at once. Her mouth, though, saved her from being ludicrous, cover-girl, Hollywood gorgeous; her smile tended to go all screwy, straining sideways. When she cracked up, her small lips widened for a huge, robust cackle.

Five summers after we’d been study-group friends -- I stayed in Denver while she went east to Cornell -- Angela was surprised as hell when she spotted me in Paris, standing before the Lady and the Unicorn tapestries in the Cluny Museum.

Bowled over, I pretended like I wasn’t really all that amazed. “Where else would you be, Angie? Every medieval scholar has to see these.”

“But what about you, a mere peasant?” She laughed, her heavy lids going wide for once, then narrowed them in mock suspicion. “Hey, are you really my Gabe?”

“Oh? Now I’m your damsel?” Her smile vanished and her face grew tight, and she squeezed my hand with a guy’s crushing firmness. “I never knew you were gay.”

“I thought everybody knew.”

“Not I. I only found out through the alumni gossip mill. Wish I’d known, Gabe,” she said, letting my hand drop, “when I was half in love with you.”