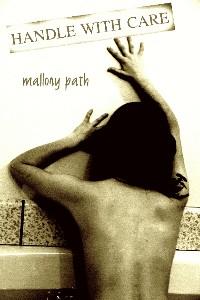 I expected a short story about a guy picking up another guy at a bar, they go home and fuck. What I actually got was much more.

"Did you just moon me as a seduction technique?"

"Not really," Mick says, throwing in a shrug for good measure. He wonders if Lucas notices how he has shifted his stance to stick his balled fists in his pockets.

They stand looking at each other for so long that the hint of a pout creeps onto Lucas' face, and Mick isn't sure whether Lucas is doing it with purpose or not. He can't help but grin, and the pout blossoms in response.

"Hey." Vexation colors Lucas' words. "Are you going to fuck me or not?"

Cocking his head, Mick looks Lucas in the eye and really thinks about it. "I might," he finally allows. "But look, Lucas, if I do-and I'm only saying 'if,' you understand?" Lucas nods and Mick resumes, "If I do, I'm not going to do any of those things you were just whispering in my ear."

"Why not, though? Didn't we just establish that I'm not going to break?"

"Yeah," Mick replies, "but I'm not into that sort of thing."

Lucas' lashes flick as he looks at Mick; his lips part, but not enough for words before they close again. Finally, he says, "You're not?" Mick shakes his head to affirm it. "But," Lucas gestures at him, open palm sweeping from Mick's steel-toed boots to his shaven head, encompassing all the tattoos, piercings, and resistance-trained muscles in between, "look at you!"

"Look at you," Mick counters, using only his gaze to indicate Lucas' lithe frame, unmarred skin and shampoo-commercial-worthy cascade of shoulder-length blond hair. "And as we've just established, you aren't fragile and you're not breakable."

Lucas' brow knits as he ponders this, the corner of his lower lip drawn between his teeth, and he looks so damned adorable it's all Mick can do not to take those few steps forward and rub his thumb along the faint lines of tension to ease them.

Healing the Fox
Michelle Houston
In Shelf
$1.99
Tweets by
sirenbookstrand