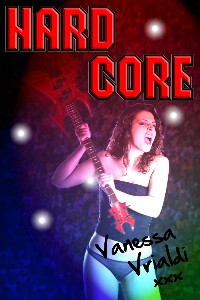 Shona tugged the blonde woman's panties halfway down her thighs, before deciding to rip them off. Helga was in no such hurry to get her out of hers. She used her fingers, both inside and outside the rubber, to artfully manipulate her to the point of imminent release. She then forced her to turn around, pushed her, face forward, against the wall and pulled off her jacket and the tatters of her dress. She raked her fingernails down her spine, then hooked her thumbs in her nipple rings and led her gasping to the bedroom.

No whips or chains were needed to subjugate Shona. Helga used her mouth and hands, with alternating degrees of sadism and sensuality, reducing her to a slave that begged breathlessly for a final push into the depths of orgasm.

Helga finally granted her wish, by peeling off her sweltering rubber panties, pushing her thighs wide apart and lowering her mouth to the drooling slash of her cunt. Not only did she play Shona's clitoris with her tongue, until she screamed, she also left scarlet fingernail furrows on her thighs and a second crescent shaped love bite on her left buttock.

Shona gripped the head of the brass bed with both hands and ground her cunt against the other woman’s face, shrieking even more loudly when Helga thrust a finger into her ass. She was still wearing her boots and Queenie on her hip.

When she was once more poised on the edge of the orgasmic abyss, Helga removed the latter. She strapped it on, rolled her onto her belly and penetrated her from behind. It took only one thrust to bring her to a thrashing, shrieking climax. 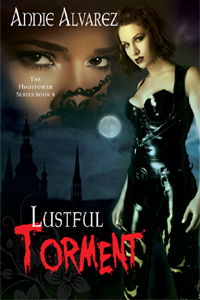 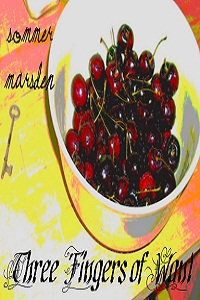