Emma Sawyer left Central to start a new life, and for the chance to work at Yates Industries. CEO Atticus Yates is everything she’d expect from one of the infamous Weathermen. Gorgeous, charming, intelligent, and charismatic. When he asks her to lead a pet project of his, she’s thrilled for the chance to use her skills.

But Emma left behind a secret in Central that, when it’s discovered, might ruin all the progress the Weathermen have made toward finding the hackers responsible for sending The Madeline Project on a course of destruction.

Atticus is part of a group of friends financing the efforts to put a stop to The Madeline Project. The program now has a mind of its own, thanks to a virus called Tommy Twister. These men have power, resources, and money, but they’re as ruthless and possessive as the storms ravaging Earth.

Heat Rating: Scorching
Word Count: 40,290
3 Ratings (4.7)
Science Fiction Futuristic May-December
In Bookshelf
In Cart
In Wish List
Available formats
ePub
Mobi
PDF
HTML
Cover Art by Jay Aheer
Reviews
I absolutely LOVE this series and while I can't wait to find out "who did it", I'm sad that this series is coming to an end. Ravenna is a genius and I can't wait to read the next book. Each one is better and better!!!
rhondavb
Read more... 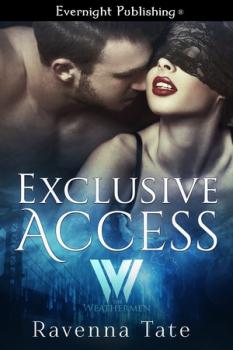 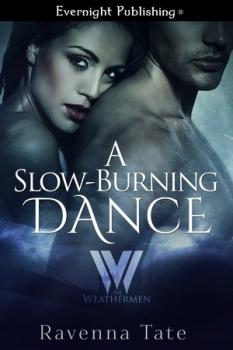 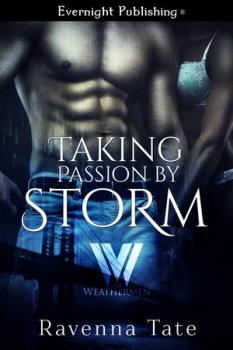 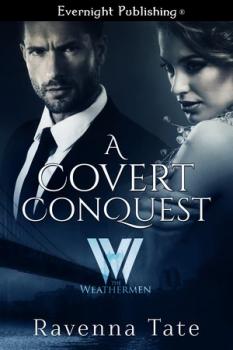 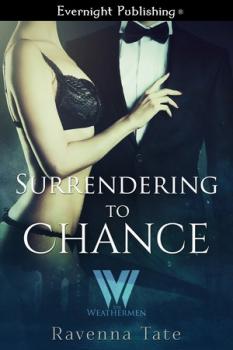 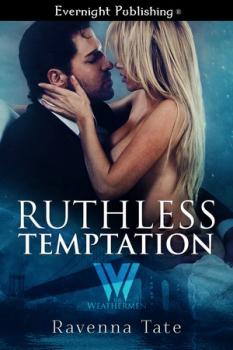 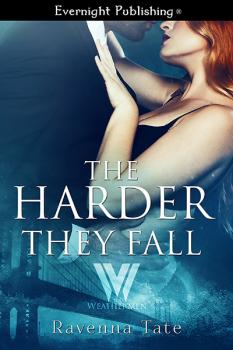 “I’m not going to ask you to do anything that will cause you mental or physical pain, Emma. That’s not what this is about. But if we need to talk about something I ask of you, we will. How’s that?”

“Good girl.” He grinned, and her pussy grew wet. “Ready?”

“Open the robe but don’t take it off. Just let it fall open so we both can see your pretty tits and your pussy.”

Shit. She knew exactly what he intended to make her do, and she wasn’t sure she could with him watching, but that was precisely the point, wasn’t it? He was trying to help with her lousy self-image issues. That he would care enough to take the time to do this touched her heart.

She opened her robe, working hard not to close her eyes.

“Oh my,” he said, his voice reverent, like he was gazing at a perfect piece of artwork. “I knew you’d be luscious, but I had no idea you were this exquisite.”

It was on the tip of her tongue to protest, and it took every ounce of willpower not to say a word.

“You don’t look at your naked body very often, so you?”

Emma swallowed hard against the lump in her throat. “I’m sorry,” she whispered.

He frowned. “No. You have nothing to apologize for. That’s rule number three. No apologies. Okay?”

“Emma… Okay. I want to see you touch your skin. Your face, your arms, your belly, and then your legs. Innocuous places you touch every day when you shower or bathe, right? Do it slowly, and let me see you enjoy it.”

Well, that was harmless. She could do that.

She moved too fast at first, and he slowed her down by placing his hand over hers and guiding it. “Relax your muscles. Let me show you what I mean.”

Once she understood, she did as he asked, but then had difficulty hanging on when he spread her legs and placed his hand over her pussy. “Keep going. Don’t stop. Look at me, not at my hand.”

Sure. That was so easy right now. Emma traced a line with two fingers over her neck, between her breasts, then down each arm and over her abdomen. She reached as far down her thighs as possible, and then he told her to bend her legs and draw them up.

She did, after hesitating only a second or two, and then he moved his hand off her pussy, and placed his arms under hers. He slipped his hands under her thighs so her pussy was open and exposed. “Now you can reach the rest of your legs. Go on.”

She continued, teasing her feet as well, trying to keep her gaze on his face, but it kept drifting to her swollen clit and wet slit. He noticed it, of course, and grinned.

“I like it. A lot. Move your fingers down there. Rub your clit for me, Emma.”

She bit her lip. She’d never masturbated in front of anyone. Hell, when she did it at home she had to have the lights off.

“Had a feeling that would throw you.” He released her legs and rolled her nipples between his thumbs and forefingers. She let out a long sigh as tiny jolts of electricity raced straight to her clit. “Do you like this?”

Emma loved him a little for that. He knew exactly what he was doing, but there was no malice or self-serving going on here. This was all for her. And she didn’t want to disappoint him. More importantly, she wanted this. It was time to live the way she’d always dreamed of, and Atticus could help her do that.