In the 22nd century, Earth has been harvested by a race of aliens known as the Xini. In the aftermath, all the planet’s resources have been stripped. Dakota sets out from Dallas in search of his lover, Grayson, who vanished on his way to St. Louis after the invading fleet departed.

Dakota faces unknown dangers in the devastated plains of northern Texas and southern Oklahoma as scavengers -- human beings reduced to shells after the Harvesting -- roam the earth attacking anything that moves in an effort to survive.

He finds a group of survivors struggling in what little remains of Oklahoma City, led by the tough, handsome Colonel Welch. While Mother Nature unleashes a fury of natural disasters to purge herself of the Xini rape, Dakota must decide whether to stay with the colonel and help him make the colony viable, or continue onto St. Louis to find Grayson.

Dakota increased his pace, reaching the column of smoke in just over an hour. He circled the hilltop where the fire burned, giving it a wide berth and keeping aware of his surroundings. Fortunately, none of the other rises were high enough to conceal any threat.

As he had approached the inferno from a distance, he couldn't identify the twisted metal on fire. But on closer inspection, he recognized enough components to tell it was a Xinian contraption.

A scout ship maybe? It's too small to be one of those fucking Harvesters.

He could see no indication of what started the fire. It couldn't have been burning since the aliens left. It would’ve long since burned out by now.

Best not stick around to figure it out. I need to keep moving, get to Oklahoma City if it's still there. And then onto St. Louis to find Grayson, if he's even alive.

He turned and continued on his previous heading. The weight of his backpack slowed his progress and breathing through the filter made his situation worse but he persevered, pressing through the brown haze that sometimes obstructed his view, limiting it to under a mile. Such conditions could be hazardous not only for the possible poison in the fog, but it could also conceal scavengers.

Darkness fell just as he reached a ridge on the southern edge of the Arbuckles. In the fading light, he found an outcropping to serve as shelter for the night. With no signs of pursuit, he made himself as comfortable on the ground beneath the rock as he could. He had enough range of vision that he could prepare to defend himself if necessary.

The wind stirred up foul odors, permeating his air filter with a pungent sulfurous odor but it didn’t dampen his mood. He shoved the mask tighter to his face and squeezed his stinging eyes closed. The breeze lasted only a few minutes and Dakota relaxed.

He jerked back from semi-consciousness. How long he'd been asleep he wasn't sure but something must've disturbed his slumber. He could see nothing in the complete darkness.

He heard a soft scuffle, a scattering of pebbles in the distance. He realized that the location of the clean water source may not be a secret. 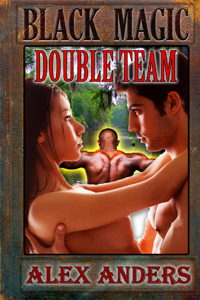