When Jeni makes a trip to Ireland on a whim, she finds the impossible. The two men she’s dreamed about most of her life are nineteenth century ghosts! Despite that, they want her with the same heat that they have displayed in her dreams for the last several years. Will she survive a night in an ancient castle filled with haunted passion? 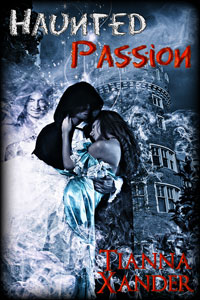 Jeni stood in the doorway of the study looking up at the portrait on the wall behind the desk. She knew those faces.

She dreamed of them every night.

Not once since she turned sixteen had she slept a night without dreaming of those men. Both were the epitome of tall, dark and handsome. They were also the unreasonable standard to which she’d held all of her boyfriends throughout the years. No one could hold a candle to either of them. How could they? They had both been in her mind and were fictitious examples of what she expected in a man.

Somewhere, she had gotten a glimpse of a photo of this portrait. Whether it was in a book or some pamphlet of the area, she didn’t know. Her mother had brought her here to Ireland once when she was little to see her father, but they had never found him. Her father had died long before they had arrived.

Had she seen this portrait then?

Tears filled her eyes as she stood staring at the painting of two men who were long dead. They were both perfect, just as she remembered them. One with his clear green eyes and a smile that looked like it held secrets. The other, always looked somber as though he held the world on his shoulders.

They were brothers, yet not. She didn’t know how she knew that. Until she’d arrived, she hadn’t known much about the men in the portrait other than being the oldest two of the Earl’s three sons., they had both disappeared one night, never to be seen again. The Earl’s brother had inherited the title and no one ever spoke about them again, until someone found this portrait as they cleaned out the castle when it was put up for sale.

“I know you,” she whispered and swiped the tears from her cheeks. “It feels like I’ve known you both forever.”

The portrait wasn’t horribly old. It was from the early to mid nineteenth century. She looked around, wondering just how much trouble she could get into for being here. After all, she was supposed to be on a tour and ditched it. Turning, she headed for the door.

Jeni jumped guiltily at the nasally sounding voice. Looking up, she grimaced at the staid-looking butler who stood frowning down at her.

“This portion of the castle is not a part of the tour, madam.” His voice was polite as he glared down at her, his expression accusing. “If you would be kind enough to follow me, I shall escort you out.”

“Uh, sure. I mean, yes,” Jeni said with a nod. She lowered her head, too embarrassed to meet the man’s censuring gaze.

“Right this way, if you please.”

She had to hand it to the guy. He was awfully polite for a man who’d just caught her snooping around.

Jeni followed the man through the wide corridors, expecting him to take her back to the front door of the castle and give her the boot. Instead, he led her back to the tour group and left her in the back. He didn’t even embarrass her by announcing to the guide about how he’d found her snooping around in the current owner’s study.

“This is why you are a lucky group,” the tour guide said with a wide smile. “The current Earl would like to extend an invitation to any of you to spend the night to see that this is one of the most haunted castles in Ireland.”

She moved to unhook the velvet rope that blocked the way into the rest of the castle, leading them to the very room that Jeni and the butler had just vacated.

The guide smiled as she pointed up at the portrait of the two men that Jeni had just spent several minutes staring at and smiled. “The newest Earl has just discovered that, as we had thought, this is the Earl of Wessex, Edward Godwine and his adopted brother, Garrick Godwine. Rumor has it that their younger brother murdered them to inherit the title. Their father has never found peace. He haunts the study. It is said, the two young gentlemen also haunt the castle to this day.”

She turned to an inscription on the wall and pointed. “They say that they were killed by a witch’s spell and will never find rest until the right witch recites the spell on the wall at midnight on the day of the dead. The paint has been refreshed every five years since the year ten sixty-six to preserve the spell in the event that one day they may possibly find rest.”

The group filed into the room, all of them looking at the Old English writing.

Jeni stared up at the spell on the wall. It wasn’t written in modern English, but somehow, she knew what it said.

Pulling her phone from her pocket, she typed the translation into an email and sent it to herself. For reasons she couldn’t fathom, she knew she had to stay here overnight, no matter the cost. 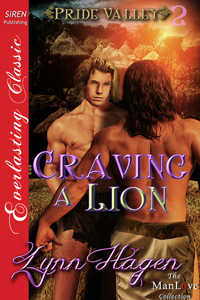 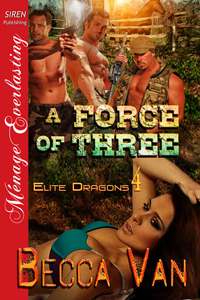 Pack of 3
Buffi BeCraft
In Shelf
$0.99
Tweets by
sirenbookstrand