Benjamin Scott is a fair man and a fearless sea captain, but his heart is broken. During a fierce battle in the West Indies, he witnessed the death of his best man, Jack, who fell into the sea before Benjamin had the chance to confess his love.

Now, in Gibraltar, Benjamin runs into a stranger named John who bears an uncanny resemblance to his lost love. A friendship grows between the two, and soon turns to love. But John suffers from amnesia and wants to find out who he really is.

When John learns he isn’t Jack, Benjamin's first lover, saved from the sea, he leaves Gibraltar with a heart full of sadness. Once Benjamin discovers John has left him, he sets sail to find him. Will he be able to find the courage to confess his love before he loses John, as well? 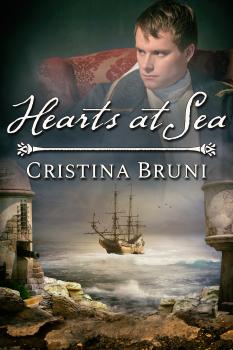 Benjamin woke up early the following morning, feeling content. A dim light seeped in through the window. John had rested quietly all night, and was still sleeping next to him, his head resting on his shoulder. Ben leaned over and touched John’s forehead with his lips. It was cool.

He smiled, tenderly stroking his hair, remembering the time he’d stayed at Jack’s sickbed, in Montserrat. Jack had had an infection that threatened to take him away from Benjamin.

How could he lie there, next to John, without getting swept up in that old, but never forgotten, love? But whether this man was Jack or John, he took Ben’s breath away.

The bustle out in the street had picked up when John finally stirred. Benjamin smiled at him, his eyes filled with light and energy.

John looked around, rubbing his eyes. “I don’t know ... still a little tired, I guess.” He looked at him with a strange expression that revealed a trace of embarrassment. “I’m glad you stayed, even though I said you didn’t need to.”

“It was the least I could do. I couldn’t very well leave you alone.” Benjamin stood up, stretched, and headed for the dresser. He poured a glass of water, and handed it, along with the medicine the doctor had left, to John, then sat back down on the bed next to him.

John downed the medicine and water in a single gulp, then handed the glass back to Benjamin. He was just about to get up to put the glass back when it happened.

It was quick. So quick Benjamin didn’t have time to realize what was happening. John’s lips were suddenly pressing against his, capturing them in a sweet, delicate kiss. Soft as a whisper.

The glass slipped out of Benjamin’s hand, landing on the bedside rug and rolling away. The sound it made reached his ears in a muffled echo, as though from far off. Benjamin sat frozen. Part of him considered getting up to retrieve the glass, but he couldn’t move a muscle.

John moved closer and pressed his mouth on Benjamin’s again. He explored his hot lips, tasting, nibbling. John’s tongue pushed against Ben’s teeth, sweetly, like a gentle greeting. Benjamin moaned in desire, and felt a twinge in his loins as his lips parted in surrender.

It felt like the world around them had stopped spinning, and they were still moving only because of inertia, waiting to run out of energy before stopping.

John was soft and inviting. Ben lost himself for a moment. It was pure desire and pleasure. Suddenly John bit his lip, and that mild pain broke the spell. Benjamin suddenly shook and jumped to his feet.

“What are you doing?” His voice was panicky, an octave higher than usual.

“Why in the world would you do that?” the captain asked, overwhelmed by a dizzying swirl of shock and joy. It was what he wanted, exactly what he’d been hoping for since time immemorial. So, why in the hell was he so terrified?

“I thought that we ...” John broke off, biting his lower lip. If he was trying to find the right words, he apparently didn’t succeed.

“Well, you thought wrong!” Benjamin replied, using his last shred of resistance, struggling to not surrender completely to the pleasures of the flesh. He quickly backed away, collapsing on the chair in the far corner of the room.

“If I’ve upset you somehow, I’m sorry.” John stared at his hands. “I hope you can forgive me. But the ... relationship you and your friend shared was so special -- I thought maybe we could also ...” The words died in his throat, like snow melting in the sun, and he couldn’t continue.

Benjamin started babbling nervously. “You have no idea what it was like. You weren’t there. And you could never replace him anyway!”

John suddenly looked up, and the two men’s eyes locked. The deep sorrow and disappointment Ben saw in John’s eyes made him realize how harshly and foolishly he’d just spoken. The words had just spilled out, and now he desperately wished he could take them back. 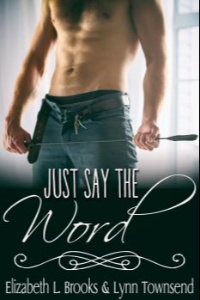 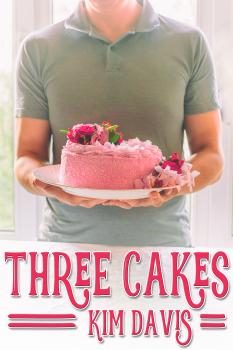