Bridges Barfield is a man of rigid standards and stern demeanor. He finds it hard to relax and accept new things, though he gives it his best. He’s still recovering from the end of a bad relationship, but he’s not letting it stop him from searching for love. Then he meets Trenton LeDoux and they hit it off, despite their differences. Meaning, Trenton’s magenta hair, lip ring, and free spirit.

Trenton is forthright, refreshing, and not afraid to go after what he wants. But the fact that he can’t seem to get past his grief and possible guilt over his husband’s death makes it difficult to move forward. It doesn’t help that Bridges suffers from foot-in-mouth syndrome, which earns him a slap across the face when he says the wrong thing to Trenton. Which is often.

When they finally get beyond the angry words, will their union be truly heartfelt?

“Tell me we’re done,” Trenton whined as we sat next to each other drinking bottle after bottle of water.

“We are, for now,” I replied. “There’s still the outside walls to strip and paint, the porch to finish, and that doesn’t even begin to address the work that needs to be done on the inside.”

“Be still my beating heart. You sure know how to sweep a guy off his feet, Mr. Barfield.” He was flirting with me. I took that as a win.

“Wait until we start working on the inside. You’ll think you’ve died and gone to heaven.”

He rolled his eyes. “I can’t wait.” He stood and brushed dust off his butt. “Dinner? I had a chicken soaking in a marinade overnight. You can clean up before we eat. Use the bathroom upstairs on the right.”

“Sounds good. I’ll put my stuff away and shower. I brought a change of clothes with me, too.”

He smiled. “Of course you did. Come help me in the kitchen when you’re done.” I watched him walk inside and thought things were going really well now. That was good, right? At least, I hoped so.

Twenty minutes later, I was in clean clothes and stood next to Trenton shredding carrots and then cutting up other vegetables for a salad. “How’re things going at Java Maven?” I asked as I diced green bell peppers.

“Had to fire someone,” Trenton replied as he checked on the chicken in the oven. “He kept coming in late and I’d given him repeated warnings. Leaves me short, but I always have a waiting list for people who want to work there, so it won’t be long before I get someone new. We have an attractive benefits package.”

I tossed all the salad ingredients together before drizzling them with balsamic vinaigrette. “It always sucks to lose an employee, no matter the reason.”

“How about you?” he queried as we sat at the table waiting for the rest of the meal to cook while we had our salad and a bottle of white wine between us.

“Nothing glamorous, though I’m now the best man at my friend’s wedding.”

He smiled. “Is this Sonny, the guy you told me about?”

“Yeah. He popped the question to Bruce and apparently was very well received since he was bowlegged when he came to work the Monday after that.”

Trenton snorted in his wine glass. “To hear you say that ... you’re not as straight-laced as you appear.”

“Speaking of,” he said, running a finger around the rim of the glass to make it hum, “are you still struggling with feelings about Noah?”

I could tell my answer meant a lot to him, though he tried to pass it off as nonchalant. “Believe it or not, I’ve had closure. I went to that outlet mall south of here, you know the one?” He nodded. “Yeah, so, I went into the sporting goods store looking for an elliptical machine. He was working there, the shit.”

Trenton was shocked. “No way! He’s been there the whole time?”

“Not the whole time, but long enough he could have called me and said something. It’s not like my number has changed. I totally lost it in the store, cussed him out which is completely unlike me. I think I scandalized a woman and her son. He apologized in typical half-assed Noah fashion, but in the end, what could I say? He’s a shit, and always will be. Case closed, he’s okay, living his life, and I can move on.”

Relief warred with amusement on Trenton’s face. “I wish I could have been there to see you totally lose your cool.”

I felt my cheeks flush. “Maybe it’s a good thing you weren’t. I don’t like feeling vulnerable or exposed, except, perhaps, in bed.”

Trenton raised his eyebrows, then his gaze sharpened. “Are you saying what I think you’re saying?”

I gave him a tiny nod.

Trenton swallowed. “Kelly rarely ever let me be anything except a receiver in the bedroom. I like both, but he was all about control. It would be nice to ... have the option to do otherwise.”

I cleared my throat. “Good. That’s good to know.” 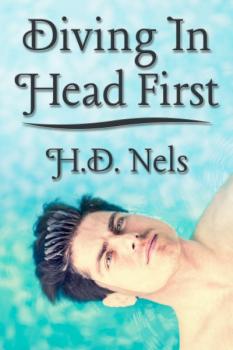 For a Dragon's Control
Charlie Richards
In Shelf
$4.99
Tweets by
sirenbookstrand