Alpha Henri Giraud has finally found his Mate; but Vitas Kosloff comes with a host of problems not the least of which he carries a great gift and the Russian First, Fydor Chernof, claims Vitas is his.

After much hardship, Vitas Kosloff finds his Mate, Henri Giraud, Director of Security for the North American Council and Garou Industries. Vitas, held captive by Fydor Chernof, the Russian First, who claims Vitas belongs to him He escapes Chernof's torture with the aid of Chernof's two Betas, Anatoly and Maxim.

Vitas is a full loup garou who carries a huge mating gift, he can tell the truth from lies and dream the future. Because of this Chernof will stop at nothing to re-capture him, even after Henri mates and marries Vitas. With the aid of the other Mates, the North American Council and Frank Ferone, Vitas and Henri attempt to outwit Chernof and take care of the Russian problem for good. 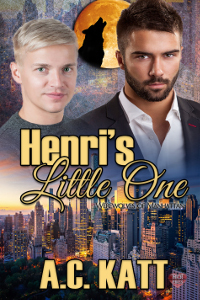 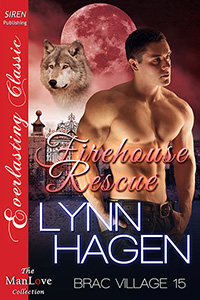 Home in His Eyes (MM)
Stormy Glenn
In Shelf
$4.99
Tweets by
sirenbookstrand