A new western series that goes from steamy to scorching hot! Cal's work at the ranch is hard, and he's not happy to be forced to hire on a city boy. But Brandon turns out to be more than Cal expected, and soon Cal is struggling with his newfound attraction towards his new ranch hand. 4.5k words 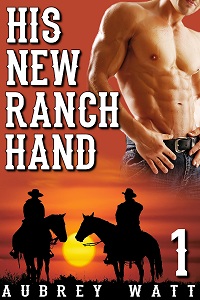 The next day Cal rose before the roosters and decided to have some leftover steak for breakfast. He was walking past Brandon's room when he heard a voice. He stopped to peer in, which was his second mistake. His first mistake had been not making enough noise for Brandon to hear him get up. Because when he looked into the room he saw Brandon lying on his back, his hand moving rapidly under the blanket at his groin.

Cal gulped and he felt the strange stirring inside of him again. Brandon's head was tilted back, his muscled shoulders visible above the blanket. There were beads of sweat on his upper lip, and his eyes were clenched shut in passion. As Cal watched him he saw Brandon's lips move silently, his shoulders moving up and down with his panting breaths as he continued to work himself hard.

"Cal." Cal started as he heard his name, but Brandon's eyes were still shut tight. He let out another low moan. "Cal."

Cal swallowed hard and shifted back so that he was out of sight. All he could see was Brandon's bottom half, his body twitching under the blanket. Brandon's bare feet were kicking against the footboard, and Cal became mesmerized by the naked toes curling against the rough wood. Then Brandon's back arched against the bed and Cal watched as he jerked once, twice, three times and lay still, his body shuddering softly under the cover.

Tiptoeing back to his room, Cal tried hard to forget what he had seen. The image--and Brandon's low voice full of desire--were burned into his mind, and he could not help the waves of arousal that now came crashing over him. Closing his eyes and trying to think of all of the different girls he had known, he stroked himself quickly towards his climax. As he came, though, he could not help but think of Brandon's hands, tying the rope with thick, clumsy fingers. 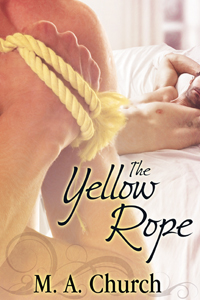 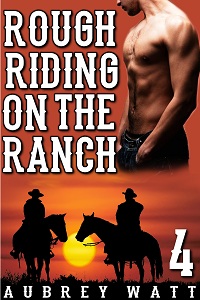 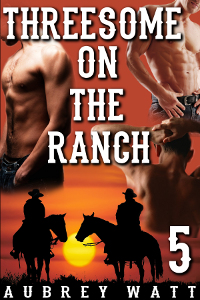 In the Shadows of the Suns (MM)
Leontii Holender
In Shelf
$5.50