Jacqui Peters, debutante-turned-teacher, was smitten with Beauregard Thornton from the first time they met. She is a brilliant, kind, and passionate woman who came from money and refused to take anything for free and he a suave, elegant, Southern sophisticate with a past darker than the stormy blue of his eyes.

Follow Beau and Jacqui as they learn to live and love in a coastal New England town which grows more treacherous with each passing day. 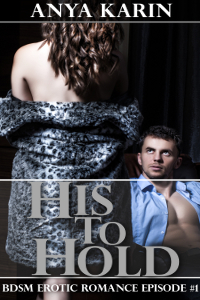 She’d never known anyone like Beau, not at all. She yearned for him to touch her, to slide his big, powerful hands up and down her back, to squeeze her, hold her hard against his chest. She wanted to feel...him...inside her, she wanted nothing more than to be one with Beauregard, but she couldn’t explain why. She dated plenty of men, and certainly had a good idea of what she liked when it came to men, and to how they made her feel.

Watching him do all those rugged, masculine things with the boat, she thought about him being one of those old-school guys - the sort of man who opens doors, pulls out chairs and orders for their woman. With those guys, she thought, if you were their woman, you were really theirs.

“Remind me when I’m done here. I’ve got something to show you.” He turned and resumed his work, but Jacqui’s eyes never left his perfect physique.

Beau seemed to have some sort of power over her, she thought. He had some way of keeping her attention. He had an easy, careless way of moving, of speaking and doing things that captivated every shred of Jacqui’s imagination. So badly she wanted him, wanted to feel him, but he seemed too old-fashioned for jumping right into things. Moving slowly was a welcome change. Everything happened quickly to her, for her. It was nice to have it another way.

“What was that?” Jacqui’s knees buckled under some unseen strain.

“The jolt? Anchor hitting the bottom. This part’s pretty rocky.” Beau resumed his dead stare as he walked across the deck and took Jacqui by the hand.

“Oh well hello, sailor!” Jacqui went to her tip toes and kissed the tip of Beau’s nose when his thick forearms wrapped around the small of her back.

The silky, black cloth was cool against her skin. “Little help?”

Breathlessly, Jacqui turned her back to Beau who took the ends of the cloth and secured it. As soon as she was blind, she realized that this was a fantasy she’d always had, but never knew it. 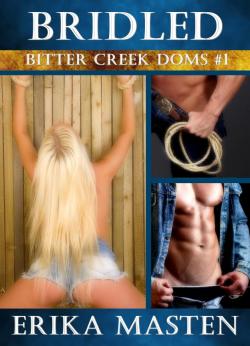