Kyle Matthews might have the music world by the horns, but when he loses out in love to his most famous client and best friend, he escapes into the wilds of the desert southwest on a restorative motorcycle trip. Will the hard driving, salty tongued gorgeous mechanic he relies upon to fix his Harley be able to mend his heart, as well? 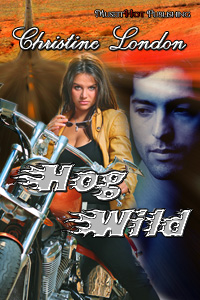 Kyle stumbled for the first few steps toward the vehicle, but picked up speed and surety as he strode to the hulking rectangle. As he approached, he could make out the unmistakable outline of a Hummer parked next to the Enfield, dwarfing it with its bulk.

Approaching the driver’s side window, a coil of irritation tightened in his chest. Who was this clown to interrupt the magic unfolding between them? All he could see in the black shadow of the cab was the glow of a cigarette. No faint reflection of glass; the window was open. He leaned close enough to see the figure inside.
The barrel of a shotgun shoved into his face, startled him into sudden withdrawal. “Whoa,” he gasped, raising his hands in astonished concession. “What the bloody hell are you doing?” No sooner had the words escaped him than he hesitated at their sound of challenge.