Iona Davis has isolated herself in her cabin in West Virginia, running her consulting business only online. Okey Energy CEO CJ Davis, a green-eyed, tall cowboy, has worked with Iona for years without ever seeing her.

When CJ shows up at Iona’s door unannounced, they meet for the first time. He needs her to help him in London to save a wind farm deal. CJ is floored that Iona is younger, blacker, and sexier than he imagined. He doesn’t pause as he sweeps her into his life and into his bed. They have a chemistry that blazes, but it’s too hot for Iona.

CJ has to battle his soon-to-be ex-fiancée and Iona's wrongheaded desire to leave him for his own good. Iona must come to grips with her past and CJ’s present before they can find a home at last.

Note: This book contains drug use. 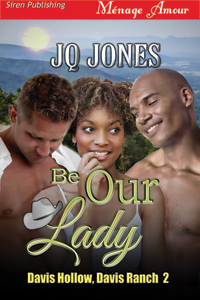 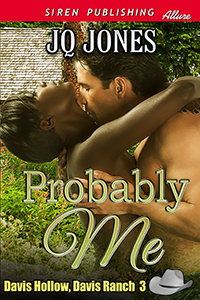 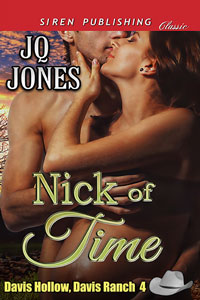 Buster looked up at the man crowding Iona’s entryway with friendly eyes, while Bunny stood at his knee butting him for more of the rubbing she was already getting. Both of the dogs followed Iona and Christopher into the bright-yellow kitchen. He was one of her clients. Hell, his company was the only client of her Internet consulting club. She was a leading expert in green energy. Wind and solar were her specialties.

Christopher Joseph Davis IV, the president and COO of Okey Energy, looked Iona up and down. Smirking at the telltale droop of her jacket that indicated a gun, he looked around her house, glancing at the piles of books and magazines in her living room, throwing a brief glance up the wooden staircase, and made a beeline for the kitchen.

“Call me CJ, Lil Bit. All my friends do. I consider you a great friend already. I’ve been talking to you for a long damn time. Till ten minutes ago, I had no idea that you were so young or so black, so very pretty, so goddamn sexy. Since we finished last night, nope, three hours ago, the damn Chinese came up with a plan that cuts ours out by about €2 billion. The Brits are balkin’ like a hard-headed mule and the deal needs the personal touch. That’s why my jet is gassed up and ready to leave from Charleston as soon as you get a bag.”

The project itself had been her first proposal to CJ and Okey, a wind farm large enough to power most of the eastern half of the British Isles. It was a daunting project full of ups and downs and close calls. Most of them handled by phone calls combined with e-mails, e-mails, and more e-mails. Last night, or rather this morning, she fell into bed with the clear knowledge that her bonus, lavish and well earned, was on its way.

Now Mr. Davis, CJ, sat gingerly on her broom-bottom stool at her kitchen island. “I told you last night I can’t go. No passport. Besides, I’m agoraphobic. I never leave the house.” She poured cranberry juice for herself and rummaged her pantry.

“I don’t have any coffee or tea. My sister, Cynthia should be here in a few minutes with some if you want to wait. Meantime, is cranberry juice okay? I have pomegranate.” She was trying not to look at him. He made the room seem so small and cluttered. He stroked Bunny at his feet and Buster lay content on his wide lap. He flashed a thousand-watt smile that turned into a laugh as he continued to stroke the dogs, both of whom were in a catatonic state of bliss.

“How much of what you’ve been telling me for the last two years about your experience and expertise is true and how much is bullshit?” he asked.

“I’m a peer-reviewed expert in alternative energy. I didn’t fake the articles I sent you. But I might have been slightly off on where I went to school. Maybe how old I was and probably how long I’ve been in business.”

“You lied like a rug, Lil Bit, but this deal has the potential to take my company into a whole other lucrative energy business stream. Pull your hair back, lose the jacket and the gun, and stand against the door. Wait here for a minute.”

Without a question, Iona gathered the butt-length dreads away from her face and stood against the light-honey door of her pantry. Buster complained when CJ picked him up from his lap and placed him beside his playmate. CJ moved to stand in front of Iona, tucking a stray strand of hair behind her ear. He left the kitchen, leaving Iona with her dogs.

“You guys are an embarrassment. Some big old guy comes in and you turn into pussycats. I’m ashamed. What if he’s a serial killer?” The dogs hung their heads but still perked up when CJ returned with a clean light-blue sheet that he hung over the door. He straightened the collar of the blue dress shirt she wore to bed. She turned her back to slip the gun from her pocket to the utility drawer. She looked up in time to see CJ’s twisted smile.

“You’re a cautious lady. Whose shirt is this?” CJ clicked a few pictures on his cell phone, pausing between shots to dismiss them as he saw fit.

“No.” He looked up at her emphatic tone and cocked a brow. “Girlfriend?”

“No. Agoraphobic, misanthrope, hermit, almost a virgin. That’s me.”

They ran through the increasing rain to the huge SUV. CJ turned on the heat to take the chill out of the air. They sat silently for a minute then he quickly backed out onto the road and drove halfway to Iona’s house before pulling off onto a road choked with weeds until they disappeared from sight of the road.

He left the warmth of the cab to lower the seats flat. Spreading a thick, soft blanket over it, he climbed into the back and began to maneuver in the space he made small as his broad, thick body took up most of the backseat.

Iona turned in her seat, watching him with a quickening heart rate as he opened his shirt and pulled it from his jeans. A V of curly blond hair covered him from nipple to nipple, dipping down to merge with his pubes.

CJ lay for a minute, allowing her to look her fill, then he leaned between the seats to adjust the heat down and snag her by the hands through the opening to the back.

“I don’t plan on fucking you in the backseat of a car, Lil Bit. But I have to see if you’re gonna feel as good against me as I fantasied. I need for you to come back and get naked so we can introduce ourselves properly.” CJ unbuckled Iona’s seat belt, brushing the strap down her shoulder with probing fingers. Iona gasped a little.

“You don’t disappoint me in any way.” CJ tipped her face to catch the dim bottom side lights casting a glow over the backseat. He pulled her fully within his arms, wrapping his much longer legs around the deep curve of her ass. She accepted the wet, moist kiss, ending with CJ sucking Iona’s bottom lip to the point of real pain until he released it with a pop.

Iona licked and sucked the lip, guessing that they would be slightly swollen for a few days but wanting more. Her arms were pinned to her sides as CJ kissed and licked her neck and throat. She could only whimper.

“This is what I thought would happen. You make me crazy. You ready to get naked for me, Lil Bit? Let me help.” He threw her outercoat and sweater to the front seat. He draped her bra over the console, tossed her shoes into the passenger side floor, and finally whipped her jeans into his seat. He carefully pulled her over his body, across hard thighs and even harder penis. She settled with her breasts smashed against his chest. His hands fisted in her dreads, bringing her forward slowly. They stared as they came closer to share another open kiss.

Iona closed her eyes as she collapsed her head back and savored the taste of CJ. Scotch, a little of her, but mostly all CJ’s central essence, male with a hint of mint as she slowly licked her lips. CJ cupped his right hand around her throat, fingertips teasing her ear.

“I did think that this would be enough, but I have to taste that little pussy. I smell you. I can feel that soft drip coating your inner thighs. You want me bad.”

“Yeah, I do, you’re so big and girthy,” she whispered, afraid to break the intense passion that shimmered inside the tight backseat. Rain pattered stronger and ran in rivets down the windows. Iona lay, waiting for CJ to sate himself on the feel of her skin and the taste of her mouth. Her lips swelled even more as she leaned in to suck his top lip while he nursed her bottom one.

CJ growled a final time before he jerked his head away, placing her on her back on the flannel blanket. He played the fingers of his right hand from her clit to her weeping pussy. His left hand held her ankles, bending her legs slightly to leave a gap. That left him room to play with her until his hungry growl filled the tiny space.

“Fuck. Gotta taste this.” He plunged into her, making her scream as he allowed his teeth to graze along her clit. 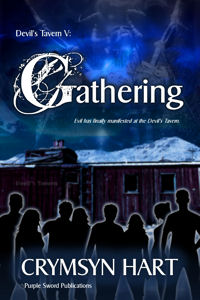 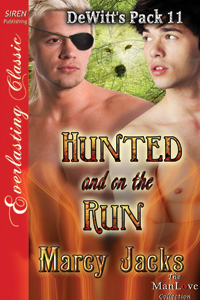 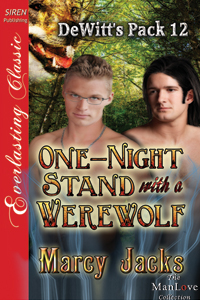