Sophie is Oklahoma City’s newest female police officer. As a twelve year veteran, she isn’t new to the streets—she’s new to being a woman.

When summoned to the Oklahoma County Jail, Sophie is ordered to take a difficult pregnant inmate to an OB-GYN appointment at University Hospital. While waiting in the doctor’s office, Sophie has a revelation about her quest toward womanhood and questions whether or not she made the right decision. 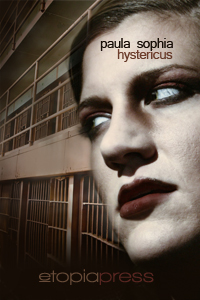 Sophie found herself trapped between sliding doors at the Oklahoma County Jail, in the zone of transition between freedom and captivity. Through two inches of security glass spider-webbed with cracks, she saw a row of inmates wearing institutional orange jumpsuits standing outside holdover cells. They were shackled wrist to wrist, ankle to ankle, with one long chain streaming through harness belts. To walk they had to step in unison, a caterpillar slowly inching its way toward another set of sliding doors at the far end of the inmate processing bay.

Sophie checked her watch. 2:30 p.m., only two and a half hourstill quitting time. She’d been summoned to the jail for a medical transport, a pregnant woman with an appointment at University Hospital. She was supposed to be there at 3:00 p.m., but she’d arrived while the detention officers were transferring inmates from booking to their prospective cellblocks. At this rate, Sophie was going to be late.

She pressed the button on the intercom box embedded in a cinderblock wall painted Pepto Bismol pink. She waited a minute, two full minutes. Impatient, she wondered if the person in the control center had fallen asleep. The speaker sparked to life, the noise a distant, malicious laugh. Music streamed through the intercom, coarse and tinny. She heard a funky saxophone blast, recognized the singer’s raspy voice lampooning the lyrics. Aerosmith.

All at once the line of inmates stopped and stared at the ceiling. A detention officer clothed in black BDU’s stood near the far doors; he was laughing. He pointed at Sophie, and the inmates turned their heads in unison, glaring at her. Seized with a collective consciousness, the line slithered toward the sliding door separating them from Sophie, coiling like a snake.

One inmate spat at the glass. Another laughed and screamed, “Keep it in the closet, man!”

The coil of the snake tightened, pushed toward the door, faces pressed against glass. A white man with a shaven head, the letters ICP tattooed on his neck, licked the glass, simulated oral sex while others pounded at the door, trying to vibrate it loose.

Sophie wanted to turn her back but knew they’d take it as a sign of weakness. She faced their onslaught, stared at a weave of wire embedded in the glass, through a web of diamonds. A diamond represents strength, she thought, endurance and precision, eternity. Through the aperture of glass she focused on the far wall, stared beyond her faint reflection, the hostile crowd, the grinning, amused, and indifferent detention staff. She breathed deep, slow breaths, biding her time.