This should have been an exhilarating time in Stef’s life, touring the country with her own rock band. Except drummer boy Noah no longer wants to be her boyfriend and she can’t help but crush on Kade, their keyboard player. Stuck between the two of them, unable to let go of one and fully give her attention to the other, she wonders what she’s going to do…until they decide to take the matters into their own hands. 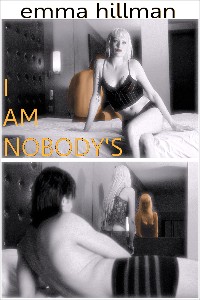 “Do you really think I can’t see what’s happening?”

“Uh?” I looked up from my book. I was sitting against the headboard, Noah sprawled at the end of the bed as he played some kind of video game. “What?”

His eyes never leaving the plasma screen in front of him, he said, “I see the way he looks at you.”

“I have no idea what you’re talking about.”

“Don’t lie to me, baby. I know you better than anyone else on this tour.”

“Considering we were together for six months, I sure hope so,” I commented before focusing on my book once again.

“I won’t hold it against you.”

That was it. I sighed and dropped the book onto the bedspread next to me. “What the hell does that mean?”

He pressed ‘pause’ on his joystick and turned around to face me. “If you want to fuck him,” he licked his lips and added, “I won’t mind.”

I gasped but remained silent for a moment, unable to find a suitable response. “You’re joking, right?”

He shook his head. “Nope. I can see he wants you. And we’re not together anymore after all.”

“You wouldn’t mind if I had sex with Kade?” I was past incredulous.

I looked at him, taking in the boy I’d come to love and hate. He appeared unfazed, making me realize he’d obviously thought about this. “I don’t get it.” I really didn’t.

“What’s not to get? You want him, right?” He didn’t even wait for my approval before he added, “Why don’t you go see if he’s in his room?”

“Sure.” He looked at what I was wearing. “Just change your clothes first. Wear something sexy. And put on some make-up—he likes make-up.”

I blinked. This was just too weird. Why was Noah pushing me into his friend’s bed all of a sudden? And why in hell wasn’t he at least a little bit jealous? “You don’t seem to mind.”

He shrugged. “I told you. We’re over. You can do whatever you want with whomever you want.”

That’s when I realized something else. If I slept with Kade, Noah would be able to sleep with whomever he wanted too.

God, I really was stupid.

He just wanted to be free to screw a groupie or two with no guilt.