So when Alex wakes her up late on Christmas Eve insisting he’s seen Santa in the living room, Brandy knows he’s wrong. The only people home with them are Daddy and Papa. But Alex wants her to sneak out with him into the hallway to see for herself.

Can Brandy satisfy Alex’s curiosity without spoiling Christmas for the whole family? 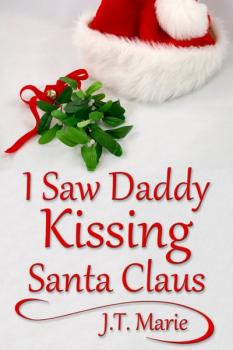 The reason I know it has to be Daddy and Papa in the living room isn’t just because I know Santa isn’t real. Right after Thanksgiving, Papa told us he was asked to dress up as Santa and hand out gifts to the kids on Christmas Eve at the children’s hospital downtown. I’m sure Alex doesn’t remember the conversation -- he was too busy watchingRudolph the Red-Nosed Reindeer on TV and playingMinecraft on the computer at the same time. No wonder he has the attention span of a goldfish.

Papa doesn’t actuallywork at the hospital -- he’s a driver with the ambulance authority, which means he gets to drive really fast with the sirens on, speeding through red lights as he tries to save peoples’ lives. He works odd shifts, not like Daddy, who has a regular nine-to-five job in an office wearing a suit and pushing papers around all day. Papa works weekends and is on call during the holidays, and even had to work a few hours late Thanksgiving night after Alex and I went to bed. The next evening, after dinner, as all of us were sitting around after another meal of leftover turkey and stuffing, Papa announced, “St. Mary’s asked if I’d play you-know-who for their party on Christmas Eve.”

Alex paused his game and turned around completely in the computer chair, a strange look on his face. His brows were drawn down and his mouth pulled into a frown. “Voldemort?” he asked, confused.

I was on the couch between Daddy and Papa, a book open on my lap. Papa’s arm stretched behind me so he could rub the back of Daddy’s neck. “No, stupid,” I snapped.

Daddy touched my knee to quiet me. “Don’t call your brother stupid.”

“Why would anyone want Papa to play Voldemort for Christmas?” I asked. Really, couldn’t he see itwas a stupid question?

Papa looked just as confused as Alex did. “Who’s Voldemort?”

“The bad guy in Harry Potter,” I explained.

Papa gave one of his deep belly laughs that made me smile to hear it. “What? Where did you come up with that one, kiddo?”

With a pout, Alex pointed out, “You said you-know-who! That’s what they call him in the books! That and He Who Must Not Be Named.”

I sighed, exasperated. Was he reallythat thick? “He meansSanta, okay? Don’t you, Papa? They want you to dress up like Santa, right?”

“I don’t know,” Papa said, rubbing his beard and glancing sideways at Daddy. “How would I look as a bad guy?”

I shook my head. “Trust me, you don’t look anything like Voldemort. For one thing, you have a nose.”

Daddy laughed. “Alex!” He reached behind him and took Papa’s hand and kissed it. “He didn’t mean it.”

“Told you he was stupid,” I muttered.

“Hey, hey!” Daddy rose to his feet and stood between us, one arm held out towards both of us as if to stop our fight before it began. “No name-calling or you can both go to bed right now. Alex, apologize to your sister.”

Alex glared at the floor and kicked the leg of the computer chair. “Sorry,” he muttered, sounding anything but.

“Now Brandy,” Daddy said, “your turn. Apologize to your brother.”

I hoped I sounded just as insincere when I snapped, “Sorry.”

Alex gawped. “ButDaddy! He really is --”

“Alex.” This time Daddy’s voice was sterner, no longer a warning of trouble but a guarantee.

Standing, Alex crossed the living room and dropped into Papa’s lap. He almost knocked me aside as he tried to wrap his arms around Papa’s girth. Burying his face in Papa’s broad chest, he said, “I’m sorry, Papa. I don’t mean you’re fat like it’s a bad thing. I just mean you’re not super skinny. But I love you no matter how big you are!”

“Oh, my little bugabear,” Papa said, catching Alex in a tight hug, “I love you, too.”

“You make a better Santa than Voldemort any day,” Alex added, his voice muffled against Papa’s chest.

“Who wants to be Voldemort anyway?” I asked. “Hello? No nose? And Harry Potter destroys him in the end. If you had to be anyone from the books, you’d be a great Hagrid.”

Alex sat back and grinned at Papa. “Yeah! You’re the perfect Hagrid!”

“Sounds like the perfect man for me,” Daddy said, leaning down over Alex to claim a kiss from Papa. 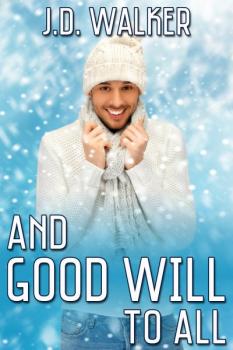 And Good Will to All (MM)
J.D. Walker
In Shelf
$1.99
Tweets by
sirenbookstrand