Thrift starts her schooling at the Diplomatic School in the Quality Enclave of London. Her classmates come from all round the British Empire - and beyond. But girls will be girls and soon they are scheming and quarreling with each other. Poor Thrift finds that she is often at the bottom of the pecking order and the things she has to do to appease the bullies get more and more bizarre. It's just a shame that she can't help enjoying them! 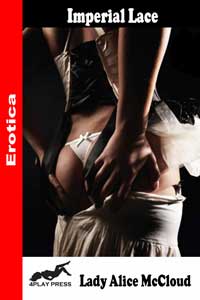