Two pack masters discover an unyielding love in one woman by altering customs and forming new traditions destined to change the Wyoming Territory forever. Imprinting upon and sharing a lover, the Alphas realize their packs must join together, but they will face great opposition when their chosen mate is confronted with a wrenching decision.

Pack masters Frank Smith and Jock Corrigan aren’t enemies, but they aren’t exactly friends. Still, their similar fates have been altered by an unusual union they cannot deny. Their relationship with Carla Cassidy forces several wolves to make their independent choices. One will stand with the newly formed pack, but another will fall victim to his own selfish needs and motives. A group of new shifters will emerge and change the course of history, but not before the expanding pack’s goals are tested and tried. 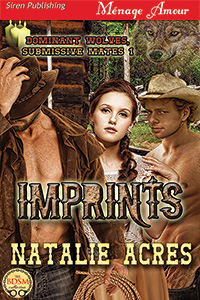 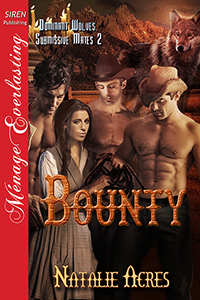 “What are you doing here?” Carla asked, propping her tiny clenched fists on her hips.

“Far be it for you to show a little appreciation,” Jock said, studying the spitfire of a woman before them. Wearing a light blue prairie dress, Carla apparently hadn’t stopped to check out the torn fabric and soiled material.

“You were attacked by a pack of wolves. I arrived in time to run them off.” Jock stood a tad taller with his announcement. Most women appreciated heroic efforts.

She paled then as he spoke. She looked down at the evidence of a ruined dress and her hands twitched.

“How did this happen?” Carla asked, suggesting her memory had failed her.

“You must’ve had a nasty bump on the head if you don’t remember,” Grant told her.

She held the heel of her hand to her forehead. “Everything is a bit foggy.”

“Well, don’t you fret none, Carla. We took care of ya.” Grant shot Jock a quick glance. “Yep, siree. Me and Jock here handled everything.”

Jock was beginning to think whenever there was a “yep, siree,” added to Grant’s speech it was nothing more than a bald-faced tale.

“Do you remember going to the barn?” Jock asked.

Carla took a minute before she answered. As if she suddenly recalled something of interest, her cheeks turned pink and she said, “I may have already been in the barn.”

Grant shot her a wink and a lopsided nod. “That was my best estimation, too.”

“Dear God,” Jock grumbled, beginning to believe Grant must’ve considered himself the most intelligent man in the West.

“Here’s how I figure things went down. Those wolves heard a lot of activity, maybe even some squealin’ and carryin’ on comin’ from the barn…” He paused and arched a brow. “How am I doin’ so far?”

Carla stared at him with this perplexed look which made Jock wonder all the more. Had Grant really watched Carla in action with these wicked props he’d mentioned?

“That’s all right, sweetness. Don’t worry ’bout a reply. I can make heads and tails out of this. Anyhow, you were in the barn doin’ whatever it is that you do out there—in the loft—and well, what I came up with after a-prowlin’ around is that you were makin’ a little too much noise.” He stood taller and his lips spread into a mischievous smile. Leaning against Jock, he added a whisper, “How’d I do? Did ya like that?”

“What sort of squealing?” Carla arched a brow and watched them through suspicious eyes.

Grant shrugged. “That voice of yours is as fine as cream gravy when you go to hollerin’ and such.”

“Grant,” Jock muttered, giving his buddy a one-word warning he would inevitably ignore.

Copping a strut, Grant approached the porch, working what little swagger he possessed. “Come on, Carla. You know what I mean. You can’t kick up a row and expect no one to hear ya. I ain’t been a man for all these years for nothin’. I can spot an experienced woman.” He cupped his ear, slung his arm off to the left, and quickly added, “And I can hear one from way over yonder.”

Before Jock had a chance to smooth things over, a disgusted gasp fell from Carla’s mouth. “Well I’ve never in my life.”

“Me neither,” Grant admitted. “But after what I’ve witnessed, I’d be the first man to say you are a soiled dove to the manner born. And I’d be the first to mention yer geared up to teach even an experienced fella a thing or two.”

Carla’s eyes filled with tears. Before Jock saw the slap coming, she opened her hand and her palm connected with Grant’s cheek.

“I don’t know who you think you are, Grant Ford, but if you’re trying to make a mash on me, I can promise you, I’m not impressed!”Grant stared back at her with wide eyes. “Surely to God you ain’t offended.”

And of course after that, Miss Carla Cassidy did what Jock suspected she might. She walked inside, slammed the door in their faces, and never so much as bothered to say good-bye.

“I like ’em a little hot under the collar. Trust me, friend. I know what I’m doin’. Let’s go for a run. When we get back, she’ll be fit to be tied—and I mean that in the literal sense.”

Jock couldn’t help but think about Grant’s earlier words. One of these days, Carla would open the door and greet her husband. Considering what had transpired, Jock had a feeling she’d slam that door just as quickly if she thought her potential suitor was named Grant Ford.

She should’ve been played out, but by the time they freed her wrists, she was anything but a sated woman. She wondered if the imprinting had anything to do with her overactive sex drive. Her need to have relations with both mates at the same time had increased by the minute.

Was this normal? Should she have these desires? And what sort of laws would they break if they consummated their new relationship all at the same time?

Surely there were decrees in place to prohibit this sort of lewd conduct.

As her men undressed and stood before her, she reached a decision then. She didn’t care if she were fined or arrested. She’d spend her time or pay her dues.

One thing she would not and could not do was ignore the opportunity before her. What woman would?

Jock stretched out beside her. His hand propelled up and down her stomach before his palm rested between her breasts. Propping his head against his closed fist, he looked down on her with the most interesting expression.

It was as if his eyes led her into an abyss of perfect understanding. Through him, she saw a brighter future full of adventure and excitement. Lowering his lips to hers, he caressed her mouth with a giving kiss, leaving her to feel as if she’d luxuriated in the most ultimate pampering of her life.

She shuddered as Frank knelt beside her. His fingers walked across her breasts, teasing her nipples, playing with the tender areas that had been previously waxed, completely coated in paraffin.

Kissing his way across her chest, Frank dipped his fingers inside her pussy, leisurely twirling them right inside her folds. At the same time, Jock kissed a path to her ear, nicking at the soft texture of her lobe before releasing a heavy breath into the heart of her ear.

Their attentive touches turned her into an aggressive woman, a woman who could not wait, a lover who wouldn’t be happy until she experienced the most intimate claiming.

“Please help me,” she whispered.

“How can we help you?” Jock asked, placing gentle pecks upon her lips.

As if she’d uttered the only words they’d needed to hear, they rose over her together. Jock was at her left. Frank took his position at the right.

Reaching for their cocks, she massaged their lengths. Pulling and tugging their long, erect shapes, she watched their eyes fill with lust as their engorged penises swelled in her hands.

Thoughts of forbidden passion crept into her mind. Frank and Jock looked at one another as if they had been delving in her head, spending too much time trying to read her mind.

“It’s not forbidden,” Jock assured her, leaning forward and smothering her lips with another mind-blowing kiss.

As their tongues twirled, Jock took the lead. Lowering his penis to her opening, he dragged the tip through her folds in a deliberate attempt to tease her.

Her chest rose and fell as she anticipated the first penetration. Widening her hips, she took a deep breath and said, “I’m ready.”

The men didn’t share a glance or discuss her claiming. Instead, Jock gripped Frank’s shoulder for balance and they dipped their hips, entering her with one hard dual thrust.

“Easy,” Jock bit out, his face twisting as they stroked her.

“Maybe I’m too tight,” she whined, trying to adjust to their weight as thick wedges of male flesh pushed inside her, filling her.

“That’s it, sweet woman,” Frank crooned, his face flushed as he shimmied his hips.

Forced to emulate Frank’s pace, Jock’s cock bore into her as well, pulsing inside her with even beats. They each compromised at the appropriate moments, adjusting the speed in which they took her or the depth in which they claimed her, but each time they entered her was more enjoyable than the last.

Their loving turned ravenous within a matter of seconds. Her pussy liquefied as she clenched around their hardness. Her body quivered with every mind-blowing thrust.

“Oh my,” she crooned, her head tossing and turning. “So good.”

Uttering more than one or two words was a chore as the men thrummed inside her, staking their claim and making her their own. And as they came together, chanting their pleasures and screaming her name, Carla was completely transformed.

Shuddering as her release washed over her, she cried out their names, too. Her pussy stretched to accommodate them, wrapping around them as if to hold them in place not just for the moment but for as long as they would let her keep them close, deeply buried inside her.

She climbed to new heights then, and reached another earth-moving climax. Her orgasm rocked through her and she not only imagined their lives together, but she saw clips of the forthcoming days.

It was then when she realized she had just enjoyed the first of many intimate dances with her wolves. 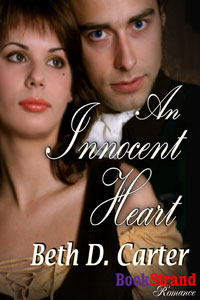 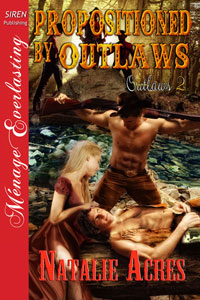 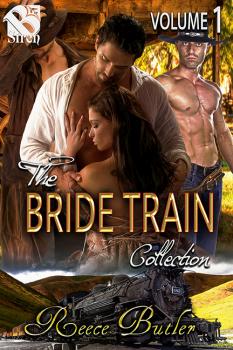