The alpha’s brother has met his match.

Celeste Proctor always had the best of everything—expensive homes, fashionable clothing, and the coveted position of beta to the most powerful of all lycans, Drake Randolph. But after the alpha chose another to be his bride, Celeste is left without a mate. She needs one, and fast—the stronger, the better–to maintain her carefully cultivated position. One of the alpha’s brothers will have to do, but which one?

Micah Randolph has always lived in the shadow of his oldest brother. With his country music career heating up, Micah is looking forward to a whirlwind tour and achieving his own success, separate from his position within the powerful Randolph family. When the beautiful yet untouchable Celeste Proctor shows up, determined to mate with him or his twin brother, he has a choice to make: pursue the dream he’s worked so hard to achieve, or be drawn back into pack politics as the mate of a woman looking only to secure her rank in the pack? But the way she makes him feel when she looks at him…can he make her want him for more than his strong, lycan blood? 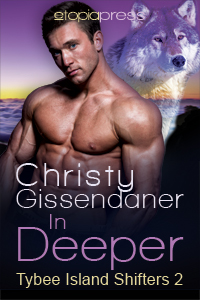 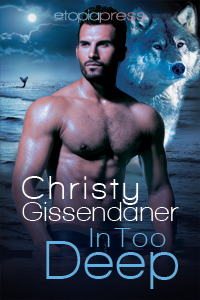 In Deeper (MF)
Christy Gissendaner
In Shelf
$4.99
All Books In Cart
All Books In Bookshelf
Excerpt
CHAPTER ONE