The sexiest woman in the world finds love really begins to count...on the edge of death.

Just when she seizes her second chance for happiness, Fate steps in to up the ante. 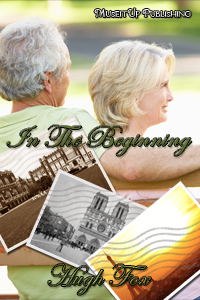 One marvelous thing about him was his sense of humor, even when it came to himself, or maybe especially when it came to himself. Very healthy. Distancing. Being able to stand outside your own life and circumstances, take a long, hard look, and laugh at it.
On the other hand, it also trivialized everything. And did, in a sense, sprinkle meaninglessness over everything. If nothing was serious, nothing really counted, and life was a big wisecrack.
The waitress came back with the cake, rich, gooey, sinful.
“Your cake,” she said in English.
“Thanks,” said Richard.
“So you know English?” asked Eve.
“A little,” she said “I have some CD’s.”
“It’s a good idea to learn English,” he said. “There must be a lot of English and Americans here in the summer.”
“I’m not going to be here forever,” she said, bending down and whispering, “estoy enamorada de un inglés. He’s here studying art. My parents are against the idea of marrying him, but...”
“Do you want a little advice?” asked Richard.
“Always,” she answered, her English a little awkward, but not a bad flow. “I always want advice.”
“Go where your heart takes you,” he answered, and when she looked a little puzzled, he tried it again in Spanish, “Anda a donde tu corazón te lleva. Es lo que yo no hizo. I didn’t do it. I’m doing it now, but it’s a little late. The dance of the ghosts—El baile de los fantasmas...”
A tragic expression on his face that he tried to hide, but it came anyway. A tear in his eye. It was happening too much nowadays, unwanted, unexpected little trickles of sentimentalism. Not that his life was a desert. More like a used car lot. Or not used, but wrecked. A rusted out, banged up, abandoned old car dump. And he was a 1955 Buick Super, the one with three holes in the side, not the Roadmaster with four holes, the one his father wanted to buy, but never had. Just one little hole away from what he wanted. The story of his own life, too...until now.
The waitress, as full of feeling as Richard, put down the pieces of cake, leaning over and almost giving Richard a kiss on the head or cheek, some strange, half-fulfilled, embarassed, emotion-filled gesture, reddening up for a moment, smiling, “Thanks, many thanks for the...” Richard filling in the blank with “advice,” her repeating, “Thanks, many thanks for the advice,” disappearing back into the bar.