In the Cool of the Evening (MM)

When recent college graduate Mark decides to visit to Europe to see the culture, a friend gives him a letter of introduction to an elderly man in Paris who “might be worth visiting.”

During their visit, the Parisian reads Mark a letter from a friend about a heart-breaking romantic gay encounter in a tiny Balkan town. Years have passed and the letter writer can’t find the town or person again, and has been haunted by this loss ever since.

The letter remains with Mark even after he returns home. It opens his eyes to sights and people he wouldn’t normally pay attention to. Can the new life lessons he’s learned help him in his own search for lasting love? 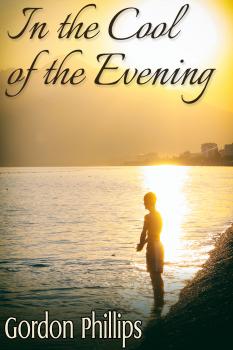 In the Cool of the Evening (MM)

I sat down on the patio outside one of the small cafés, when my attention was caught – grabbed, I might say -- by a glance from a passing youth. He must have been about eighteen, though it was hard to tell. He was dark, perhaps of Turkish descent, but so beautiful, and his look had been -- oh, I don’t know how to describe it! Something like surprise and delight seeing me, of all people, there! That doesn’t say it very well, but it felt like two people of one sort meeting among an entire world of people of a different sort. I felt an instant sense of connection.

Well, I followed him with my eyes, and saw him go into another shop, a kind of bakery. I remember my heart was pounding and I felt desperate. That look! That single look, I played it over again and again in my mind, and I couldn’t rid my mind of the belief that it was a kind of communication.

The waiter came then. On impulse I apologized and left. I went to the bakery, but did not see the young man. I bought a couple of cakes and a coffee, and sat down in the window of the shop at a small table with two chairs they had there.

I wasn’t kept wondering what had happened to my friend long. He came out with a broom from the back and visibly started to see me sitting there.

I smiled at him, and he smiled at me. And oh, the brilliance of that smile! If I had been struck before, this time I was completely unmade. But still, nothing was said. I sat at the table and he swept up the front of the shop and then returned into the back.

He reappeared an hour later, leaving the shop quickly as if he were avoiding me. I stared at him through the window, and he paused and turned to look at me. His expression was puzzled and searching. At first, I didn’t know what to make of it. But then, realizing my predicament -- for he had continued on his way after that look -- I hastily got to my feet and went in pursuit.

Well, the truth is, I lost him! I wandered around the square and the streets leading off it for another hour. And then the storm hit. I sought shelter in the small copse of trees that occupied part of the square, huddling beneath the leaves. These were protection at first but as the downpour continued the branches began to give up their load of water and I was drenched.

Looking across the street I saw an awning and a recess in a shop front. I ran across to that and huddled against the shop door. The shop was closed now, and dark, but as I leant against the door, it shifted. I turned the handle. It opened. On impulse, the impulse to get out of the rain, I stepped inside and, closing the door behind me, stood in the front aisle looking out at the rain.

That was when I noticed a scent, and remembered having smelled it when the young man passed me in the shop. After some hesitation, I followed the scent, down the aisle, toward the back of the shop. At last I found myself in a passageway. To the right was a door, just ajar.

Opening the door, I smelled the scent more strongly. There was a fire in the room, and it was dark, but the scent was very powerful. Instinctively I went toward the fire to warm myself. I stood there, trying to clear my head, when I heard a sound, a slight murmur, from one corner of the room. Turning, I moved in that direction, and finding a curtain, pulled it aside.

Imagine my surprise upon seeing, lying asleep on a bed, the very youth I had been pursuing! The light of the fire awakened him. He opened his eyes, saw me, and after a brief hesitation, smiled!

It was that same wonderful smile. He must have been only half awake, for he showed no real surprise. After looking at me for a minute or more, he held his arms out to me, and I, as if in a dream, walked forward, to him.

I knelt beside the bed, and we kissed.