A bad evening spent breaking up with his lover finds Tom at Tattoo 804 moments before the parlor is about to close. The only artist is Rist, a strange guy with a fetish for vampires who agrees to ink Tom after hours.

Rist moved closer -- I felt his chest against my back, a barely there touch I wanted to step into, but I didn’t dare. Though we were alone in the tattoo parlor, I was well aware of the bright lights overhead and the full-length windows facing out onto Broad Street. Anyone driving by could glance in and see us easily. Two men looking through tattoo designs, standing a little too close to leave much else to the imagination. The breath on my neck was soft and ticklish, and when I shifted from one foot to the other, I felt something hard and uncompromising against my ass for a brief second before Rist moved back.

So I wasn’t the only one turned on by this. In my pocket, my hand pressed my dick flush against my body and I had to bite my lower lip to stifle the moan that wanted to escape.

“How about one of these?” Rist purred in my ear.

He had stopped on a panel of dark images -- jagged gravestones like crooked teeth, bats rose below full moons, black cats arched and hissing. Twin holes mimicking fang bites dripping with blood. Vultures in cemetery trees, and ghosts holding decaying banners on which were written sayings like Death Before Dishonor and Only the Good Die Young.

I turned the panel before Rist could. “I want something a little more real,” I told him.

With a breathy chuckle, he asked, “You don’t think this stuff is real?”

He was pointing at the next set of tattoos, which showed cartoonish horror monsters like werewolves and vampires. I threw a sardonic look over my shoulder and found him close enough to kiss. I could see the exact spot where the peroxide stopped just above his ear and the dark brown of his natural hair color took over. What were we talking about again? “Please.”

From the corner of his eye, he glanced at me. Then he smirked and ducked his head, resting his chin on my shoulder a second before stepping back. “They’re out there, man,” he said, moving away and ruining the moment. He lifted the panels and started looking through them quickly, searching for something. “The books and movies have it all wrong, though. They aren’t scary creatures, you know? Aren’t out to kill everybody and shit. They don’t sparkle, for Christ’s sake.”

I laughed. “Do they even drink blood?”

His hands froze in mid-flip and he looked back at me, eyes wide. “Oh, yeah. They drink blood, all right. That part’s dead on.”

So the guy was cute with a monster fetish. He worked in a tattoo parlor -- it didn’t surprise me he liked strange things. 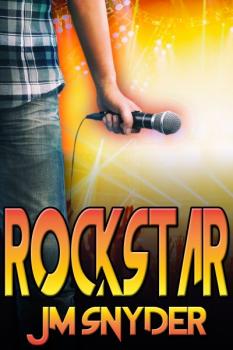 Chain Me
Vicktor Alexander
In Shelf
$3.99
Tweets by
sirenbookstrand