Ramón Santos is a musician who hasn’t written a decent song in years. He owes one more album on his contract and if he misses his date his career might as well be over. Luckily, he knows someone who can help, or rather something.

Zuhal is a magical being who sells inspiration, and has helped Ramón find his groove in the past, but there’s always a price to be paid. Ramón might just get the music he needs, if he can survive the encounter. 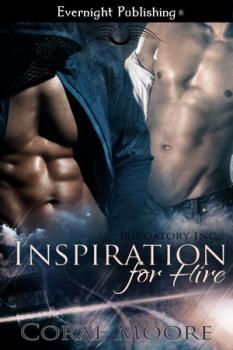 Writing Your Own Ransom Note (MM)
Sam Schooler
In Shelf
$2.99

When my savior showed up, he sported jeans nearly worn through at the knees and a beat-up leather jacket a few seasons past its prime. He was the very image of a rock ‘n’ roll cliché, and somehow, that was perfect. The calling card in my back pocket had grown steadily warmer since I’d dialed the number embossed on its surface in glossy black beneath his name, Zuhal, and the tagline, Inspiration for Hire. I shifted on the uncomfortable chair my manager had parked me in to sign some autographs after my latest gig, wishing I’d never agreed to the farce.

The room was disappointingly empty, with only a few dozen people standing in line to wait for my attention. A couple of years before there would have been hundreds of fans crammed into the tiny backstage area. Strike that—I never would have done a show at a venue this small when my songs had actually been on the charts.

I distracted myself from the depressing reality that had become my downward-spiraling career by searching out Zuhal again. My pulse raced when our gazes met. Eyes the color of a fine, aged bourbon appraised every inch of me and made goose bumps rise along my arms. I had to convince him to help me with my next album. Since the last time I’d seen him I hadn’t written a song worth a damn.

A redhead that might have been appealing on a different night stepped between us and murmured, “Your music changed my life Mr. Santos.” A flush painted her cheeks bright pink.

“Call me Ramón, please.” I smiled, signed the t-shirt she put in front of me, and tried my best to make a passable attempt at conversation.

When the adorable redhead moved aside, I looked toward him again. He stood closer now, a sly not-quite-smile teasing his lips. Had he made the people in front of him think of something more important to do, or was his trickery more harmful? I really couldn’t afford to lose any more fans.

I signed another t-shirt, another album liner, another random body part. All the while I could feel his stare warming my skin as he drew closer. When he finally stood across the table from me, I hesitated before looking up.

Zuhal was lean in a way I generally didn’t find attractive, too much sinew and bone showing through his sun-kissed skin. Still, something about him drew me in a way no one else could since I’d met him. I had no idea how old he really was, but he’d seemed to be in his early twenties for the decade I’d known him, with the beauty of unspoiled youth clinging to him and refusing to let go. I told myself he was too pretty, but that was a lie; he was exactly pretty enough, devastating even. His face balanced hard angles with soft curves to perfection. Now that he was so close, I could hardly catch my breath.

“Why have you summoned me?” The words were part of the ceremony and he always spoke them when he appeared to me, his voice low and full of dark promises.

The backstage room around us was deserted. Was that another of his tricks? I swallowed to get some saliva back in my mouth before speaking. “I need an album.” I left off the part where if I didn’t produce new music soon, I was most likely out of the business for good.

His perfect lips twitched into a frown that didn’t make him the slightest bit less attractive. “And what makes you think I would help you with such an endeavor?”

He turned away in a whirl of heated air and stalked toward the door without a word, his dark hair streaming out behind him. Every step tightened my throat. The fear of never being able to write another song bore down on me.

“Please!” I shouted after him. “I need you.” My voice echoed in the empty room, amplifying my plea.

Zuhal stopped so quickly that if he had been merely a man he would have tripped. For a few heart-pounding seconds, he faced away from me without moving, and then he lifted his left hand to make a beckoning gesture without looking back.