Shoppers mob a large man trying in vain to get out of his ostentatious vehicle, which he’s parked in a disabled parking space without a disabled sticker.

But they’re in for a big surprise when they discover the truth. 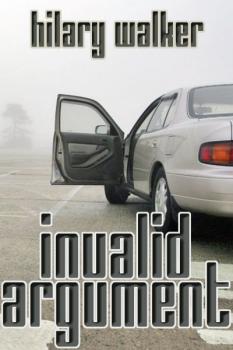 Given a different scenario, the public would have looked the other way. But he’d brought the attention on himself. He deserved the comments from the ever-growing peanut gallery.

“Did a man that fat really think he’d get away with this stunt?” a richly bejeweled lady in a red cashmere sweater asked. “If he’d parked back where there are proper spaces, he’d have been able to get out of his car and gotten some much needed exercise!”

“Take a lot of exercise to get that weight off him!” the teenager retorted.

“Well, what do we have here?” A disgusted snort emitted from the back of the group, numbering some fifteen people by now. We parted to allow passage for a frail old lady in a wheelchair. White wisps played round her swept-up hair, and she sat erect in disabled splendor while whirling her conveyance round to face the rear of the offensive SUV. Across her lap lay a gnarled walking cane, tipped with the silver effigy of a greyhound’s head.

This she grasped in her arthritic hands and brandished in the air with a dramatic flourish before pointing it menacingly at the trapped driver. He was straining more than ever to exit the vehicle, as if to prove that he could do it despite our belief to the contrary.

“It’s people like you who make our lives miserable!” the wizened woman shouted, taking up the Cause for All Invalids Everywhere. Her aggression fed the indignation of the other shoppers.

For answer the struggling man retreated into his car and we assumed our aged heroine had shamed the blackguard into vacating the site.

“Yes!” shouted the young mom, and clapped her hands together. Her son copied her.

But no, he didn’t drive off. What was going on?