Abby Smith and Seth O’Connor might live in the same city but their paths have never crossed. It takes a murder to bring them together and fate to keep them there. Abby has been thrown off the biggest case of the century because it suddenly got too personal. Her best friend and fellow lawyer Dawn Philips is brutally murdered and the witnesses are running scared. Then a man, saying that he was hired by Dawn before her murder, gives her a folder. There’s a witness, the only problem is she’s in Ireland.

Seth O’Connor never expected to meet a woman like Abby on the plane to the country of his birth. A passionate encounter between them leaves him wanting more. Then he ends up saving her life and realises that he can’t say goodbye to the beautiful redhead and he doesn’t want to either. 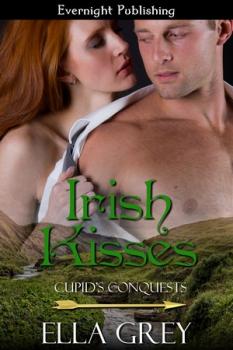 Abby turned the taps on and splashed some water on her face. She couldn’t believe what she was about to do. She’d never done anything like this before. It had been Dawn who’d come back with wild stories of her nights on the town. Abby pretty much lived her life vivaciously through her, but she’d never met anyone quite like Seth, completely gorgeous and totally interested in her. She’d had a part inside of her that felt numb. She hadn’t been able to shake it since the funeral but when Seth touched her, damn if she couldn’t feel something besides pain again.

The door opened behind her and she turned the taps off. She looked up into the reflection created by the mirror. The toilet wasn’t the ideal place for an illicit meeting but the way that he looked at her, all dark eyed and desire made her forget all of that.

“Turn around, Abby.” The edge of power in his voice made Abby shiver with delight. He knew what he wanted, and he expected her to follow his instructions.

Seth reached up, touching her heated cheek with a cool palm. He reached around and let her hair down, a gentle weight upon her shoulders.

She could barely breathe as he ran his fingers through her hair.

“You’re beautiful, Abby. I wanted to touch you as soon as I saw you.”

She bit her lip as his eyes drifted down, taking in the action. He lowered his head, capturing her mouth with his. His gentle assault on her lips made her groan, and she could feel his lips curve into a satisfied smile.

She nodded, not trusting her voice.

“I wish we had more time, but they’ll notice we’re missing soon.”

She opened her eyes; green eyes that were nearly black with desire. Her fingers wrestled with his belt and he laughed softly, taken by surprise by her eagerness.

He raised an eyebrow in a silent question. Abby dropped her hands. “You said it yourself, we don’t have much time.”

Seth flicked a catch on his belt and it fell open. He winked at her and looked down at her jeans. Abby suddenly wished she’d picked out less restricting clothes to travel in. There wouldn’t be enough time to take off the boots and her jeans.

Seth reached down and undid her jeans with practiced ease. He tugged them down until they hit her knees. Cool air skimmed over her exposed skin. She loved how forceful he was, how he knew what she needed before she even did. He knelt down and touched the soft skin at her thigh. She quivered under his touch. Essentially trapped by her jeans, it added an element of restraint that made her wet.

He brought up his hands higher, tracing her arse cheeks with his fingertips before he pull her panties down. Her head rolled back and she let herself drown in the sensations.