Song of the Sea 1

Hannah Glass has a pretty fantastic life and she knows it. Both of her dads are awesome, she’s a human in a pack of werewolves, and her best friend is a werewolf, too. But her ability to see the werewolves as they really are has always unsettled some of the members of her pack. And ever since she was nine she hasn’t been able to let go of the idea that there is a little boy out there somewhere that needs her help.

When she receives a mysterious message telling her to stop looking for him, it only further fuels Hannah’s need to save him. But her alpha has already gone off on enough wild goose chases to rescue him and people are starting to doubt he ever existed in the first place.

To prove them all wrong and save him, Hannah will leave everything she knows behind to go on one wild adventure that will change her life forever.

Song of the Sea 1

More From Song of the Sea

“Come along honey,” her dad said as he gave a light tug on the hand he held in his. Nine-year-old Hannah Glass nodded and took a step forward. The train was coming; she could smell the smoke in the air as the rest of the passengers crowded in around her. Daddy Liam shielded her from the other side, making sure no one got too close. She liked that about him, that he was always protecting her. Between both of them, she knew she was safe on the platform. She looked up at the sign above her head, then across the few faces of the people that she could see and frowned.

“What’s that?” she asked them.

“It’s a sign that says where we are and where we’re going. See?” Liam bent to show her a slip of paper with writing on it. “We’re in Dunmore. And we’re trying to get to Newport. This train will take us there.”

“I know where we are, Daddy Liam,” Hannah said quickly. She rolled her eyes, though she knew better. “I don’t know what that is.” Not wanting to let go of their hands, she nodded to the little boy in the oversized sweatshirt. He was down the platform from them, but he looked so weird. “He’s strange,” Hannah said aloud.

She nodded. The wolf inside of him had been a fuzzy haze, but had quickly snapped into focus with his anger. “I’m sorry, Daddy Liam,” she said quietly. She wasn’t afraid of his wolf. Not one little bit. But sometimes he was too bright to look at. Like when her daddies told her not to look at the sun because it could hurt her eyes. But she still liked to look anyway.

She kept looking at the little boy, even as she swung her daddies’ hands in hers. He did look strange. She knew that she wasn’t supposed to think that and that saying it again would get her in trouble with Daddy Liam. But there was really something wrong with him. And it bugged her.

“Daddy Liam, I know I’m bad for saying it. But he’s odd,” she said as quietly as she could while she watched him. There was an old man with him the same age as her daddies, but the little boy didn’t look like he loved him like she loved her daddies. He looked mean, and the little boy wasn’t looking at him.

She shook off their hands to be able to point to him as hot, frustrated tears burned her eyes. “But, Daddy Liam! His fur is hurt!”

“His what?” her dad asked, clearly startled by what she’d said.

For a moment she wondered why she hadn’t just started with that. But then Daddy Liam was looking down at her, his bright blue eyes staring at her, and she was sorry for making him worry. Because he did look like it. A lot. He looked to the crowd and she waited for him to find the little boy, to go rescue him for her because she was too little to do it and they’d told her not to go off on her own.

“Hannah, I don’t see anyone,” Daddy Liam said after a few minutes of looking while she continued to stare up at him, hoping that he could see the little boy, too. She stared at him so hard that her eyes began to hurt. She couldn’t believe he’d given up—he hadn’t tried hard enough. She knew that he was out there and Daddy Liam would find him if only he really went looking for him.

Her dads were talking and she tried to listen, but all she could think about was the little boy and how scared he’d looked. She cried on the train ride home. 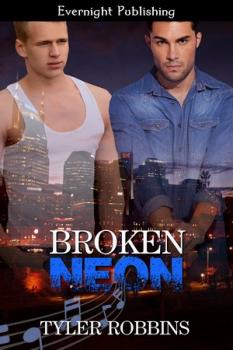 Fanging Around for a Broken Wolf
SA Welsh
In Shelf
$4.99
Tweets by
sirenbookstrand