London, England, 1978 When Army Specialist Lewis Stepka visits Speaker’s Corner, the last thing he expects to find is Svita Noskov pleading for help. He has enough of his own demons to fight. Still, he can’t deny his interest in the beautiful, slightly eccentric Russian. He discovers Svita’s father works as an engineer in a nuclear power plant at Chernobyl, Ukraine, where he claims a disaster will occur if no one intercedes. The CIA wants whatever information the engineer holds, but in the Cold War, sharing isn’t on Russia’s agenda. Lewis’s attraction to Svita leads him to a plan a reunion for father and daughter. A dangerous mission that he might be able to pull off because of a unique ability that can aid him in rescuing the engineer from the secure facility. Still, double crossing the CIA might not be a good idea. But Svita isn’t like any woman Lewis has ever known, and the heart can lead a man where common sense fears to tread. 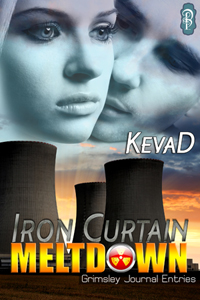 Someone once said introverts should be invited to a party after the guests have departed and the dishes need washing. Actually, I might have authored such an errant and derogatory statement in regard to Specialist Four Lewis Stepka. Following the events earlier in the year surrounding our former team member Dorn Wheeler, my ego had run amok as my confidence reached previously unknown levels of immaturity.

Lewis had arrived to the 3rd Ordnance Disposal (EOD), Augsburg, Germany, shortly after Dorn’s…I now refer to the circumstances as “disappearance.” Though a veteran within the bomb disposal arena, Lewis had none of the EOD stereotypical traits. He didn’t drink or smoke cigars, no team member had reason to believe he possessed so much as a grain of ability to understand, let alone engage in, the word “carousing.” To draw an utterance from his mouth nearly required a written order issued in front of witnesses. At unit events of mirth and frivolity, we reserved him a chair in the closet.

That Lewis deserted the ranks of the United States Army, leaving his peers in a lurch, should have surprised me, yet I regrettably admit the act was foreseeable, had I taken the time to but see. I believe I failed Lewis, both as a commander and the friend he needed. However, I had no alternative except to lodge the appropriate charges.

Which should help explain my confusion when a Pentagon messenger hand delivered a two–inch-thick package of instructions for the full dismissal of all the charges I had filed against him. Lewis himself was delivered, via armed guard, to our unit the following day.

Adding to my perplexity, a memo cited classified events in Turkey. I had dispatched him to London.

Naturally, I questioned Lewis as to his activities during his unauthorized absence.

He asked for a snifter of cognac and a cigar. Dumbfounded, I obliged his somewhat more than unusual request. After dipping the tip of the choice smoke in the nectar, he lit up, blew a cloud of smoke in my face, and told me to go F myself.