Shannon hates Christmas. Mostly because Christmas hates him. It sure seems like it, anyway: every crummy thing that’s happened to him since high school has befallen him at the Most Wonderful Time of the Year. Every humiliating break-up, every high-rise hotel fire -- heck, a few years back, one guy he had the hots for up and died.

Which goes a long way toward explaining why he’s a whimpering mess when he meets Ben the barista one Christmas morning at his neighborhood coffee house. It doesn’t completely excuse his using Ben’s T-shirt as a handkerchief -- while Ben’s still in it -- but Ben’s nothing if not a good sport.

Ben’s such a bright spot that after a while Shannon wonders if maybe his Christmas Curse hasn’t been lifted. And what better place to test this theory than at Ben’s family festivities? It’s not like Christmas is actually cursed. Is it?

“So what’s your deal?” he asks me around a mouthful of scone. “You always seem pretty chipper for a guy who has to work on Christmas. What are you, like Buddhist or something?”

I laugh. “We’re all about Christmas Eve,” I clarify. “By the time the sun comes up on the twenty-fifth, we’re pretty much over it. So I work Christmas morning so the people who don’t want to don’t have to.”

“So you’re like Catholic? Midnight mass and all that?”

I shrug. “My grandparents were. We’re more into the Santa Christmas than the Jesus one, although my mom drags us to church. I’m gay, my sister’s divorced, my brother has three kids with two women he never married -- she says it’s not gonna hurt any of us come Judgment Day if God can put a face to the name, and midnight mass is the one He watches cuz it’s the only one that’s still in Latin.”

“Then we stay up all night and eat and drink wine and open presents, and then I come here.”

I shrug again. I tear the corner off a scone and pop it in my mouth. I study his face: the sandy freckles that spray from his pointed nose, the light stubble on his sharp jaw. His mouth makes a little pink O, and his eyes huddle protectively close, as if he’s coached his features that a more expansive placement would be a careless betrayal of his vulnerability. He’s checking me out, too, and when our eyes meet, they pop off in different directions, then slide ever-so-casually back together, like maybe they’re acting independently as we sit innocently sipping our coffee, helpless to control their wanderings.

“I’m Shannon, by the way,” he eventually says. “Have we done that already?”

“You should hear me arguing on the phone with my mom.”

“I mean ‘Ben.’ Doesn’t sound like a very French name.”

“Maybe not, but Benoît is more trouble than it’s worth.”

I was born in France, but raised in Colorado; I’ve only been to France a handful of times, none of them recent. My mother was born in this country and raised in Washington, DC, but by French parents. Her mother is ethnically Gujarati, but French by virtue of being from Réunion. We’re still parsing the extent of my French-ness when Seth rolls in, only fifteen minutes late.

“Hiya, Benny-Boy” he warbles, planting a kiss on the top of my head as he swoops by; Seth enjoys flaunting his straight-but-not-narrow status. “What’s goin’ on?”

“Zis what Santa brought you?” He jerks his chin at Shannon, makes a show of sizing us up as a party of two. “You musta been a pretty good boy this year.”

“Ix-nay on the Anta-Say,” I scold Seth, although we’re all three laughing. I get up from the table and bus it clean by way of making preparations to call it a day.

“Pretty much the worst euphemism ever,” I assure him as I shrug into my jacket.

He laughs, offers me a fist bump and a “Peace out,” both of which I return.

“Dude, how hard are you gonna make me work for this? What, you never had Chinese food?”

I shrug. “You know where to find me.” 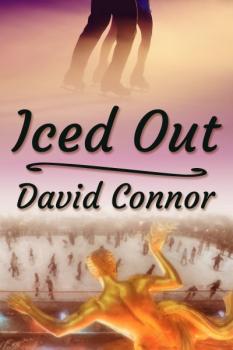