At two years old, Jessica became a devoted fan of both listening to and reciting the books her parents would read to her at night. When she was a little older (about four), she sought a greater challenge in her life and began making up stories of her own, acting them out with her dolls. “When the dolls got boyfriends,” she says, “I knew I was getting too old for dolls!”

A lifelong lover of romance, Jessica took several writing classes in college, and told her professors she was one-day going to write soap operas. When graduation came, she joined a critique group, and on a whim, decided to write a romance novel. That first attempt will forever be staying under the mattress...

Then, on a train ride to her internship in the fashion industry, Jessica finally cracked open her first romance novel. That hot August morning, she fell head-over-heels for the genre, and has been writing it ever since. Jessica is most intrigued by dark heroes who have many demons to conquer but little trouble enticing female companions into their beds! She feels that the best romances are those where the hero is already seducing the heroine from that first point of contact. “Isn’t it the hero’s job to seduce?” she says with a grin. Jessica loves to see the sparks fly when a stubborn, domineering hero crosses paths with a bold, feisty heroine, and uses the combination frequently in her stories.

When she is not writing, Jessica enjoys listening to as much 80s music as possible, watching the same reruns of Smallville over and over, shopping for exceptionally unique cameos, and taking long walks in nature where she can daydream about anything romantic. Though she resides in central New Jersey, her heart belongs to the White Mountain National Forest in New Hampshire.

Q: When was it you first knew you wanted to write?

A: I’ve always known. I just didn’t realize I had always been doing it. When I was a kid, I played out the stories I made up with dolls. I’d get surprised when other kids didn’t do things the way I did. But it wasn’t until after I graduated college that I decided to take a crack at romance.

Q: So, you didn’t steal your mother’s romance novels and read them under the bed?

A: No, because my mother didn’t read romance novels. Otherwise I’m sure I would have! But we always watched Days of Our Lives together. Still do.

Q: Did all that drama from watching the soap spill over into your writing?

A: I’m sure it has, to a great extent. I’ve always been intrigued by drama, be it in fiction or in real life. Speaking of real-life drama, it usually does end up in my stories at one point or another, even if it gets edited later.

Q: And do you feel that having a certain level of drama is a key ingredient in the making of a good romance novel?

A: I do, if we’re speaking in terms of conflict. As a writer, conflict is golden for me, followed by an amazing hero and heroine who have sizzling chemistry.

Q: So, from a prospective heroine’s standpoint, what intrigues you most about a hero?

A: Aside from his sparkling eyes and powerful, hard, male body, I would have to say it’s what I don’t yet know about him that most intrigues me. Are the rumors they say about him true? What happened in his dark past to make him the way he is?

Q: And the villains. Where do they come into play?

A: The villain tends to be a crucial element for me, at least in my initial works. Conflict and villain don’t simply exist; he is the conflict. More often than not, he is one of the key reasons the hero and heroine must come together to survive.

Q: This certainly plays true for Lilah and Lucas in Dangerous Ally. Will we be seeing more of these characters in future books?

A: Dangerous Allymarks the end of Lilah Benson’s journey. But you may be seeing more of Lucas Ramone at some point in the future…

A: I’m currently working on a piece which delves deeper into Lucas’s dark history, before he becomes the hero in Dangerous Ally.

Q: So, Lucas is the villain in this precursor story?

Q: Was Lucas, or were any of your future heroes, inspired by the men in your own life?

A: [Smirks] Parts of Lucas’s dark-side were. His romantic side... not so much. This aspect of his character was mostly fantasy-driven, if I’m being honest. Funny, too, because I’ve had several guys I know ask me to make them the hero in one of my upcoming books...

Q: Is that the most common question people ask you when they learn you’re an author; if you would make them a character in an upcoming book?

A: No, but it is near the top of the list. I’d have to say that the most common question people ask is, “Where do you find the time to write?”

Q: And, where do you find the time to write?

A: Here, there and everywhere! On lunch. After work. In the late evening. Every thirty minute interval can be used to do something, even if it’s simply reading back what I wrote earlier in the day. Like all things, writing can get done if you apply yourself. But it has to be something you love, and something you were born to do. Lucky for me, I happen to have both of those forces working on my side ;-) 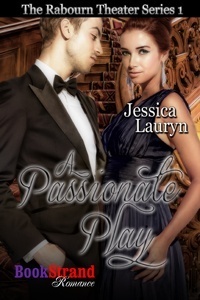 A Passionate Play (MF)
In Bookshelf
In Cart 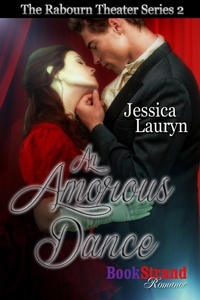