When they meet, Bryan instantly wants his daughter’s new teacher. El is attractive and sweet, and he likes Bryan, too. El has already seen him though, years ago when Bryan and his ex used to frequent the local kink club. Bryan gave up that side of himself when they adopted, in fear that the agency would never adopt a child out to two men who enjoyed kink. But when El offers up his submission so completely, he’s too tempting for Bryan to resist for long.

I picked up my ex’s call on the first ring, like I always did. “Hey, Carl,” I said as I sank into my leather recliner. I muted the TV, a singing competition was on that I’d been only half paying attention to.

I popped up the footrest and stretched out a little more in my favorite chair in the house. “Say hi back for me.”

“Did I thank you lately for being so good about us being together?”

He really didn’t have to. “Carl, we broke up because of us. I’m not upset that you moved on and found someone new. It’s not like Mike had anything to do with my business trips all the time or the emotional distance between us. We tried. We even went to counseling. It didn’t work out. I’m really fine with it.”

I’d known for about two years before Carl had asked me for a divorce that things weren’t okay. Neither of us was happy and that hadn’t seemed to be getting any better. He asked me to travel less and sometimes I did, but more often than not I hadn’t, until we’d adopted our kid. And realizing that I had wanted to be a parent more than I had wanted to be his husband had been the tipping point for me. That had been four years ago. I had no idea why he was surprised I was fine with him moving on now. I certainly hadn’t been celibate, he just hadn’t known about the guys I’d been with since none of them had been serious enough to bring around our little girl. And it wasn’t as if I hadn’t loved Carl at some point. Part of me still did, but I wasn’t sure that I’d ever loved him enough that I should have married him.

“That’s so great of you. You’re amazing for that.”

I laughed and looked up at the ceiling as pop music came through the floor above me from our daughter’s bedroom. “Want to know how her first day of school went or were you just calling to flatter me?”

He’d always been horrible with technology. He probably would have still had his old VCR player, which he swore by, if I hadn’t made him upgrade before I went mad.

When they’d started dating, and I knew Mike was going to be around our kid, I’d done all the standard background work on him to make sure he’d be okay with her and that I had nothing to worry about. What I’d learned was that Mike was extremely normal. The oldest kid with two sisters, single dad, he started working when he was seventeen at the grocery store by his old house and he put himself through college with a liberal arts major. Since then, I’d learned how much he liked art and our daughter, Gwen, loved going to the painting classes he taught at the local rec center. He was a good addition to her life and he made Carl happy. I heard his happiness in his voice now so much more than I had back when we were together.

“So are you both ready for the riveting tale of Gwen’s tenth day in eighth grade?” We’d been going over her days together ever since we’d separated. It kept us all in touch with what was going on in her life. 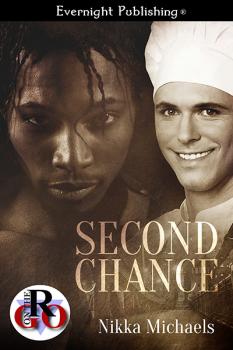 Werewolves and Fireworks
Caitlin Ricci
In Shelf
$1.59
Tweets by
sirenbookstrand