When hair stylist Jai Hathaway decided to open his own salon, he knew he would sacrifice some of his personal time to run the business. But long hours working late have him feeling lonely, and he just doesn't seem to connect with the few men he dates. His business partner Kiki suggests what he needs is to find a different type of guy, someone who isn't in the salon business, but not only does Jai not know how to find a guy like that, he isn't even sure where to look.

On a particularly cold morning in January, the salon's hot water goes out and Jai scrambles to find a plumber on short notice. Enter Duane Schneider, sexy and confident, and interested in getting more than just Jai's hot water boiling. But he's so outside Jai's comfort zone that, at first, the stylist isn't sure how to react. When it becomes obvious Duane wants to continue things outside of business hours, though, Jai agrees to a date, if only to see where the evening might lead.

Is Kiki right when she said Jai needed to find someone different? Or will Duane turn out to be just his style after all? 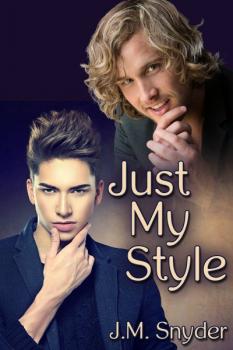 Jai hurries down the block and stops in front of the salon. Inside the cab of the truck sits a man bundled in a dark, bulky jacket with a hood pulled over his head. He holds a steaming cup of Starbucks coffee in gloved hands. Jai waves and jingles his keys, as if to say look, I’m finally here. As he’s unlocking the salon’s front door, he hears the guy get out of the truck. There’s a thud as the truck’s door shuts behind Jai, then heavy footfalls as the guy crosses the sidewalk to tower behind him.

The key sticks in the lock like it tends to do in the cold weather, or when Jai’s in a hurry to get inside. He jiggles it, tugging on the knob as he curses under his breath. “Come on, you fucker ...”

Behind him, the plumber asks, “Aren’t you cold?”

Over his shoulder, Jai gives the man a withering look. “No, what do you think?”

This close, the guy is intimidating. His jacket makes him look huge, and in one hand, he carries a clunky toolbox. A lingering warmth radiates from him that must have followed him from the cab of the truck. It’s hard to see what he looks like beneath the hood -- Jai sees a chiseled jaw with a few days’ growth of unshaven whiskers, bow-shaped lips too pink from sipping the coffee, and a straight, patrician nose with a bright red tip from the chilly weather. But his eyes are hidden in the hood’s darkness, as are his cheeks, his forehead, his hair. He could be watching Jai struggle with the door, or he could be dozing up under there, Jai wouldn’t know.

At least he’s warm, Jai thinks. Note to self: next jacket I get has a hood. That, or he really is moving to Tahiti.

As if the plumber knows what Jai is thinking, he asks, “Where’s your coat?”

Jai flicks the collar of his Ralph Lauren leather windbreaker, which he got for a steal when a boutique in Carytown was going out of business over the summer but which does little to seal in his body heat in below freezing temperatures. “Excuse me, this is Polo.”

“I didn’t pay for it to look warm,” Jai says, turning back to the lock.

“That the right key?” the guy asks with another sniffle.

“You know what?” Jai snaps. “You want to be helpful, why don’t you move behind me and block the wind or something? I’d be able to open the damn door already if I wasn’t shivering so much.”

“You wouldn’t be shivering if you had on a real coat,” the plumber mutters.

But he takes a step to one side and the bulk of his body cuts the wind. Jai didn’t think it’d do that much good, but suddenly he does feel warmer, and he’s able to turn the key without issue, pushing the door open and letting them into the salon.

Inside it’s dry and warm, and he sighs with relief. “God. Okay. Our hot water’s out. I don’t even know where you’d start with something like that.” Hoping to be helpful, he points at the sinks. “Maybe there?”

The guy pushes back his hood, revealing pale gray eyes that take Jai’s breath away. A thick thatch of surfer-boy blond waves fall from a perfect part down the center of his crown to frame his face. With the gruff unshaven cheeks and chin, the hair gives him a leonine look that’s only enhanced by his bulk. Suddenly every move the guy makes is imbued with a feline grace, and Jai knows he’s staring but he can’t help it. He wants to lock the door behind them and never let the man leave.

Maybe this is what Kiki meant when she said he should find a different type of guy. Because he’s never had anyone like this, and Lord knows he’d like to give this man a try.

Hoping to smooth over any earlier awkwardness, he steps forward and says, “Oh, hey, where are my manners? Welcome to my salon. I’m Jai. And you are ...?”

The jacket comes off, and underneath, the guy’s almost as large as he was with it on. He wears a thin Henley shirt that outlines every muscle in his arms and back, and a pair of tight jeans that frame his hips and ass in all the right places. “Duane. Where’s your water heater?”

Jai lets his gaze trail down Duane’s backside as the plumber hangs the coat up on a nearby old-fashioned coat rack. “Hmm,” he moans, maybe overdoing it just a tad, “I don’t know but I’d love to help you find it.” 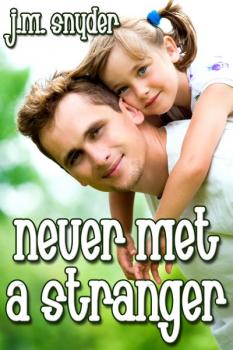 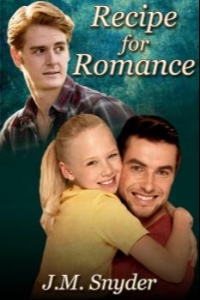