Bodhi couldn’t believe what he was seeing. Up on the stage, teaching the dances for the movie as if he was born to dance, was the man who’d taken his breath away. At least now he knew who the man was. Gibson had graciously provided the names of the three helping him, but Bodhi only cared about Kai. What a perfect name, Kai.

He was strong, manly, and with a fluid gracefulness that belied the man’s size. The name described his future lover to a T. Bodhi may not have met the man yet, but there was no doubt he’d find a way to get into that man’s bed.

Little hands tugged on his arm. “Bodhi, you’re supposed to move your feet like this.” Zaina, one of the squirts, showed him by moving her feet perfectly in sync with the music.

It took some effort, but Bodhi managed to get his head back into what they were doing and learn the dances. The kids made it so much more fun as they worked to mimic the steps.

When it was time for the movie to start, Bodhi excused himself by claiming he was going to get them all popcorn, which according to their research, was the perfect food for watching a movie. It would mean he’d have stand in a line that looked like it was at least an hour long, but it would be worth it for a chance to talk to Tall, Dark, and Sexy.

As soon as his family disappeared into the crowd to get ready for the show, Bodhi turned to the stage with a single-minded determination to meet the man of his dreams. That was one of the things his parents taught him: if something was worth having, he needed to go after it, not just sit around and wait for it to come to him.

He ignored the thousands of people who were pushing to get back to their seats, plowing through the crowd as if it was the Red Sea and he was Moses. Sure he was nearly to the stage, Bodhi looked up, only to find he’d been pushed back and was now twice as far from the stage as he had been when he started.

It really sucked to be so short and skinny. With clothes and his heavy boots on, he barely weighed over a hundred pounds. He’d tried to gain weight, but no matter how much he ate or worked out, he continued to stay the same. Between his smaller size and his quirky parents, Bodhi had endured years of bullies picking on him.

For the most part, he was able to ignore the cruel taunting. One good thing about being smaller, he was quick, which probably had a lot to do with his being an antelope shifter. Not only had he been the fastest kid when he was in school, but he was able to fit through holes in fences, allowing him to get away without having to get hit, well, the majority of the time.

There were times the bullies surrounded him, not giving him the chance to get away. Those were the times, like now, when he wished he were bigger, stronger. Then maybe people wouldn’t feel they had a right to push him around.

Just as he was being shoved back even further, a large body stood directly in front of him, forcing the crowd to go around or risk getting knocked down by the wall of flesh. Bodhi was ready to give the person blocking his way a piece of his mind, when his eyes traveled up, and up, and up to meet smoky gray eyes that smoldered with heat.

His mouth was suddenly dry as he tried to respond, which was weird since he was sure drool was coming out of it.  Instead of flirting with his very own wet dream come to life, Bodhi looked like a fish out of water as his mouth opened and closed.

Forcing himself to swallow several times, Bodhi finally managed to find his voice. “I’m not little.” Did he really just say that?

Bodhi didn’t know what was wrong with his mouth, but he needed to get it together before he totally blew this. Sure, he didn’t appreciate anyone referring to his smaller size, but that wasn’t something he should bring up when trying to get the guy into his bed.

“I mean…Hi, I’m Bodhi, and you’re hot.” As soon as the words left his mouth, Bodhi closed his eyes and prayed a hole would open up beneath his feet. What the hell was wrong with him? It was like he had diarrhea of the mouth.

Bodhi didn’t breathe easy until they were back in that small storage closet where he’d come apart with little more than a couple of strokes from Kai’s hand. At least now that he knew they were mates, his reaction to his mate’s touch was more understandable. His parents had always told him, when he met his mate, his body would respond instantly.

Boy, they hadn’t been kidding. He had nearly come without even having to be touched. That would have just added to his ultimate humiliation. The scent of sex still permeated the air when they walked into the small space. His dick instantly hardened, pushing against the zipper of his jeans.

Kai moaned. “Oh fuck, little butterfly. Your need smells so sexy.” The man stepped up to Bodhi. His large hands went around his body, gripping the cheeks of his ass, lifting Bodhi until their groins pressed together.

Lips came down to capture his in a passionate kiss full of tongue and teeth. Bodhi’s hips bucked as his prick desperately tried to find friction. This wasn’t what he’d wanted when he asked for privacy, but he couldn’t deny he was glad it was happening.

Being in Kai’s arms was what heaven must be like. Normally Bodhi hated the way his larger boyfriends tried to manhandle him, picking him up like he was some sort of child to be maneuvered. Yet when Kai did it, it felt…right.

He actually liked the way Kai took complete control. It allowed Bodhi to not worry about anything but feeling the pleasure his mate was giving him, yet still let him touch the man’s hard, sculpted body.

Kai ripped his firm lips from Bodhi’s, causing him to cry out until he felt the man blaze a trail down his throat. Sharp teeth scraped over the spot his neck met his shoulder. He tilted his head to give his mate better access to the spot.

His antelope wanted to roll over and show its belly to the more dominant shifter. If it wouldn’t mean leaving the man’s embrace, Bodhi would be tempted to follow his animal’s wishes, but nothing and no one was going to make him leave his mate’s arms.

The wall was suddenly against his back as he was lifted higher into the air. When Kai’s mouth ran out of skin at the edge of Bodhi’s shirt, his deep voice rumbled inside his chest. “Take off your shirt. ”

Bodhi was helpless to do anything but obey the demand. Yanking the shirt over his head, he ignored the sound of the material tearing. Wet heat surrounded one nipple as the little nub was sucked on like it was Kai’s favorite treat.

His body bucked, the sensation too much to even try to keep still. The move pushed his dick against rock-hard abs, but the material of his jeans stopped him from being able to enjoy the feel of his mate’s six-pack. He kept rutting against his mate, hoping the jeans would just melt away magically.

Teeth clamped down on his hard nipple, the sharp bit of pain going straight to his balls, forcing them to tighten with the need to release. “Please, Kai, I need you to fuck me.” His hole clenched in anticipation at the plea.

Suddenly Bodhi was flipped around so he was facing the wall. A hand at his back held him there, while Kai’s other hand yanked his pants down his slim hips. It was a good thing he hadn’t worn his skinny jeans, or Kai would have had to rip them off his body.

“Oh fuck,” he screamed the moment he felt his mate’s tongue lick a path from his lower back straight down to his hole. He thrust his hips back the moment the man’s appendage lapped Bodhi’s pucker, loosening the muscles guarding his entrance.

White-hot bolts of electricity shot through his body. He desperately wanted to yank on his balls to stop his impending orgasm, but he was too busy holding on to the wall for dear life.

Pleasure unlike anything he’d ever known swamped through him. His head spun, only his grip on the wall grounding him. He wasn’t sure it was going to be enough to keep him on this earth, not when Kai was sending him into the stratosphere.

Then that talented tongue thrust into his channel, and Bodhi flew, tumbling over the abyss as his orgasm blasted through him, exploding out of his cock. 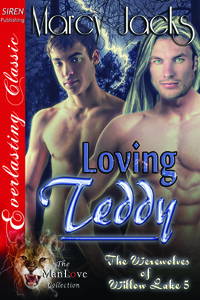 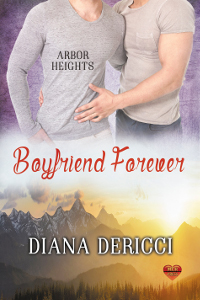 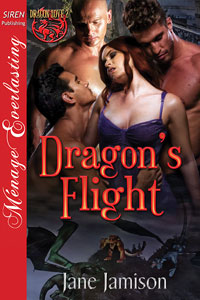