Alysia Renaldo’s life was fairly typical and without troubles until the day a hurricane hit her family home in Miami. The storm and the aftermath would forever change her life.

Kendall Cerda had been waiting for the moment he would see Alysia again. He didn't count on it coming with a threat to her life and safety. It will be up to him to protect Alysia and put a stop to those who would take her from him.

They will need to work together if they have a chance of survival when the danger of a fanatic extremist group comes for Alysia. Navigating Aly’s feelings for Kendall will complicate things. Will they make it through the obstacles together or will their lives together be brief? 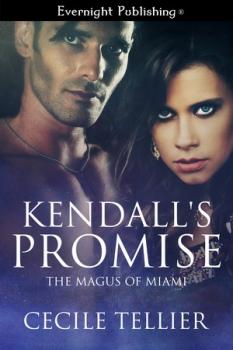 Determined to take life by the horns and test out her supposed self-proclaimed ownership of this man, she padded over to the recliner and climbed back into his lap. Pressed against his skin she nuzzled his neck and inhaled the faint smell of cologne still in his skin. She identified that smell with Kendall, as it was a spicy but subtle scent.

When she moved again and kissed his neck a hand banded tight around her waist. “What are you doing, darling?”

As close to a purr as she could make came out when she smiled against his neck, “You said you were mine, I thought it would be okay to explore you some.”

Kendall adjusted his body so she could lay over him in the recliner and lined his mouth up with hers before talking against her lips. “You may certainly explore at your will. I warn you however, there’s only so much I can take.”

She could feel the hard bulge of his erection against her strategically placed core and she smiled. “I can tell… I’m not looking for more than you want to give me, though.”

Kendall shook his head and kissed her thoroughly. It started with brushing his lips against hers, and transformed to his tongue sliding between the seam of her lips and licking against hers. He wrapped his hands in her hair and tilted her head for a change in angle.

After the kiss began to take on a dance of its own, their tongues tangling first in her mouth and then in his, Aly couldn’t sit still and bean to squirm to get closer to him in any way she could.

Kendall broke the kiss with a gasp and rested his head against hers. “I’m willing to give you anything you want, all of me. I just don’t want you to regret taking this step. If you do this, do it because you want me and want us to work, as badly as I do.”

Aly grabbed his shoulders before kissing him again. “I’m sure. Give me everything, Kendall!” 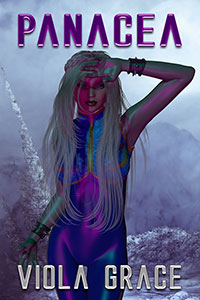