Archeologist DeShay Graywater finds more than she bargains for during a dig on the Lakota Reservation. Detective TJ Hawke and FBI Agent Melina Wolfe team up to track down person who killed a young Lakota woman. The case is not the only problem they face. Their shared past present even further problems. Will their ancestors help them solve the problems they face and catch a cold blooded murderer? 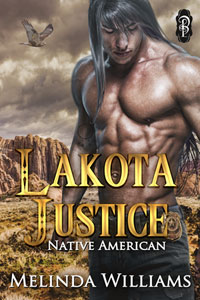 Archaeologist DeShay Greywater studied her reflection in the mirror. Her long hair was braided in the traditional style of Lakota, as her mother had taught her to do, her brown eyes ringed with shadows due to lack of sleep. Today, she would try to locate a site near Eagle Nest Butte where relics of the Lakota had been unearthed. What new adventure would come her way? She grew anxious that her find would be as good as last week’s when she’d discovered a set of pottery dating back to the nineteenth century.
She gathered her belongings as her mind trailed off to the relics she’d found last year: arrowheads, pieces of beads, and some pottery , items belonging to her ancestors, dating back to the time of Crazy Horse.
She turned the doorknob to the creaky screen door and stepped outside where the sun bathed Mother Earth with its heated rays. The TV weatherman had predicted it would be hotter today than yesterday. What did one expect in the month of August? Her people knew it as the Moon of Black Cherries or Thunder Moon.
The Great Creator had bestowed great beauty on this part of the Earth. Every morning, DeShay’s spirits lifted as she took in the land’s majesty. The jagged rocks towered toward Mother Earth, as the mountains towered toward the blue sky.
DeShay climbed into her dirty Jeep packed with all the tools of her trade. A sacred medicine wheel hung from the rearview mirror. The power it held radiated the strength of her people. Her grandfather taught her as a young girl to keep her Lakota way of life, regarding everything as sacred, connected, and sent from the Great Mystery.
A few minutes later, DeShay turned onto a dusty road. Dirt sprayed into the air as the wheels of the Jeep turned faster, transforming the moment they touched pavement. Would today bring more questions than answers?
Lost in thought about what she could find today during the dig, she almost sped by the path she sought. She mashed the brakes, sending her Jeep skidding sideways. Outside the window, the’ sun’s rays sparkled down upon the butte, releasing a glimpse into the world of the past. Could anything be more beautiful?
DeShay opened the door and stepped out. She stretched her legs then grabbed her gear. Today would reveal a part of her heritage from long ago. Her heart thumped. What awaited her?