Last Wish for a Dying Man

In the future, felons convicted of capitol crimes are given an option called the Last Wish: in exchange for thirty days of relative freedom, the condemned foregoes all appeals and accepts that a sentence of death will be carried out some time after those thirty days.

James Mailer is a man whose passion got the better of him when he killed his wife and her lover. Taking the Last Wish, he decides to spend his last days alone in a lakeside cabin. However, his solitude does not last when he encounters a beautiful, sexy young woman named Megan, who proceeds to show him how to really live. 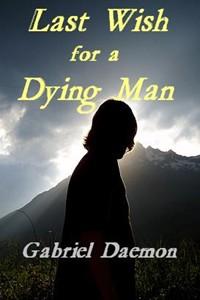 Last Wish for a Dying Man

From Nicole from Manic Reader Reviews
Sheer genius. With solid characters, hot sex and a gripping plot you are riveted. The emotions that swirl through the story are varied and the end, though not a complete surprise, is satisfying. Daemon pens a true must read!

"This story is surprisingly well-written. I was gripped by James's story from beginning to end. Mr. Daemon manages to touch the reader's heart while telling a painful story. The storyline itself is one that, who knows, could become believable in the years ahead. I enjoyed this read immensely."

Megan chuckled, rolling the bottle in her hands between bare knees. "So, what's the most outrageous thing you've ever done?"

He sighed, the smile slowly fading. "I've actually had a pretty vanilla life," he confessed. "I think the craziest thing I ever did was shoplift a couple of candy bars when I was fourteen."

She grinned crookedly. "Wanna do something outrageous right now?"

Megan cocked her head toward the lake. "Let's go skinny-dipping," she suggested, making her eyebrows dance.

James took a deep, calming breath, trying to quell the immediate sense of arousal and anxiety that welled inside. "Skinny dipping?"

Megan bit her tongue, grinning. "Yeah," she said, then set down the beer and stood before him. She crossed her arms, gripping the sides of the dress she wore. "I guess maybe I should have told you . . . I'm a bit of an exhibitionist."

James couldn't speak as the brunette beauty pulled her dress up her body and over her head, letting it fall to the ground. Aside from her sandals, which she proceeded to remove, Megan was completely naked. Her exercise regime had resulted in a toned, slender body, with only the slightest bit of softness to her belly. A sterling silver charm dangled in her navel, like a beacon drawing the eye down to her smooth-shaved sex. Not a single hair existed upon her pubic mound, nor along the plump lips of her vulva. The dusky pink shroud of her clitoris was clearly visible above slightly-protruding labia.

"Come on," she cooed in encouragement, running her hands over the firm, small mounds of her breasts. Megan's nipples were dark and stiff, with hardly any aureoles surrounding them. She pinched them both, then giggled and spun about on her heel, darting for the water.

This can't be happening, James thought, even as he hurriedly rose and stripped down. His cock was semi-erect, hanging thickly down over his thighs. It slapped against his legs as he ran down to the lake and splashed into the water.

Megan laughed, swimming away, gliding through the water as smoothly as a shark patiently awaiting its next meal. She treaded water, watching as James approached, then giggled again and swam away just before he could catch her.

He watched her movements as the game progressed. She would wait until James was almost close enough to reach her, then quickly shoot back in the water with a double sweep of her arms. Now and then, James managed to catch her calf or foot with a questing hand, but she was too quick and slippery to snare.

He finally took a chance, and as he approached yet again, dove under the water rather than try to grab her as Megan had expected. Automatically, Megan swam away, but stopped after several strokes of her arms to tread water and look around. Her brow furrowed as she bobbed gently in the water, casting her gaze across the slightly-rippling lake. 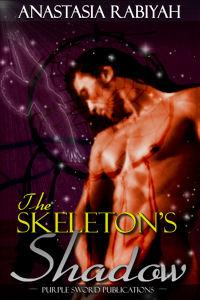