It’s 1969 in America and Ray is confused about sex in general and his sexuality in particular. Being rescued from nearly drowning by a male lifeguard left the teenager more confused. Did he fall in love with Tony, the lifeguard, or was it forbidden lust for the handsome Latino college student summering as a lifeguard at the pool?

Hormonal changes further complicate Ray’s exploration of sexual attraction as he navigates becoming a high school track star and earns an athletic scholarship to college, coincidentally the school from which Tony graduated and where he’s an assistant soccer coach. Ray’s continued fixation on Tony is invigorated by the former lifeguard’s willingness to mentor the track star. Yet, Tony gives no indication he shares Ray’s sexual inclinations, further frustrating the young college student.

After a series of separations due to graduate school and career advancement, 1985 finds them both living in Washington, D. C. They revive their friendship and Ray wonders if he can finally resolve his teenaged dilemma. Was it love at first sight on the pool deck after Tony gave him the breath of life, or was it merely hormone driven lust; if it was love, it’s been unrequited, can that change? 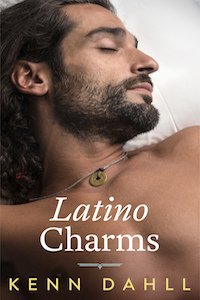