Leavin' It All Behind (FF)

The Bainbridge sisters grew up rough, and things haven’t gotten much better. Now nineteen, Serena is married with two babies, and her older sister Savannah is stuck in a dead end trailer park with a boring husband.

Savannah and her girlfriend Duckie decide to leave it all behind and head east for something better. Serena and her kids come along, and they leave Abilene in the rear view mirror.

But their husbands aren’t quite ready to let go, and Duckie is caught up in the drama. Will the women make it out of Texas? What lies down the road for the Bainbridge girls? 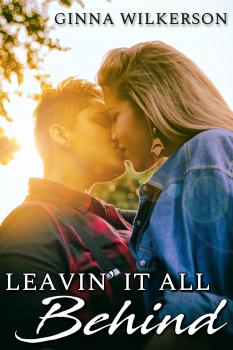 Leavin' It All Behind (FF)

In spite of her own troubles, Savannah can’t keep her mind off Serena and her small nephew and niece. What if Cody does take off and leave the whole bunch with nothin’? What will her sister do?

But she doesn’t go over to the tiny concrete block house, or even call. She keeps thinking that maybe Cody came back and they made up. Wouldn’t Serena call her if something drastic happened for real?

So it’s Friday night, and that’s usually the one chance for Duckie to come over to Piney Woods with no chance of Bruce catching the two lovers together. Bruce is off on Friday, and spends his free time first at a lodge meeting at the Moose and then drinking with his buddies over at Easy Eddie’s Bar and Grill. He never comes home before 2:00 A.M. when Eddie’s closes down, and when he does he’s so shit-faced he wouldn’t notice if a tornado hit.

So, like always, Savannah dresses up for Duckie -- a dress and stockings, and a touch of make-up. There’s Savannah’s version of a “fancy dinner” featuring a candle on the table and all. Right on time, at 6:30 P.M., Duckie pokes her curly head in the front door and says, “Hey there, baby girl -- your lover has arrived.”

Savannah goes to the door and kisses her before she opens the door wide. Savannah finds Duckie adorable in black pants and a denim vest with a bolo tie. Her head of red curls is slicked down on the sides, leaving the front to spill over her forehead. Duckie is almost forty, but still doesn’t have a touch of gray.

“You look pretty cute yourself, Ms. Savannah,” she says with a wink. They enjoy being a little corny romantic when it’s just the two of them.

The two women go into the kitchen; Duckie sits at the set table while her hostess fixes drinks. Savannah loves Fridays; it’s almost like being married to Duckie instead of Bruce. She giggles a bit at the thought.

Dinner is a big hit: pork chops, mashed potatoes, and those little baby green peas. Plus wine and some crescent rolls. Duckie pats her full tummy and grins at her girlfriend in appreciation. Savannah thinks that it’s not really fair to blame Bruce because he has to jump up and leave the table to get to work. But it is awful nice - this business of relaxing at the table after a meal. Now -- the dessert.

Before they even get to the couch, Duckie makes her move, kissing Savannah all over. First the hand, then the wrist, then the neck, and finally they lock lips and fall down on the couch. This is what Savannah likes best -- the romance she’s missed for what seems like ages -- until she met this crazy red-haired woman.

They lose track of time in the dark of the front room, totally absorbed in each other’s bodies. It’s black dark outside now, but Savannah can see the lit-up numbers on the clock: 10:20 P.M. Usually no chance of Bruce coming home this early, so she startles when she hears a car pull up outside and a door slam. Duckie hears it too, covering the other woman’s mouth gently in case she screams. Savannah has a mad thought that they should go hide in the bedroom, but there isn’t time. Whoever is outside is now at the door, turning the handle. Did she forget to lock it earlier?

The door flies open, and two male voices talk low as the light flicks on overhead. Duckie and Savannah pull the coverlet up over their bare breasts and stare. It’s Bruce, and his lodge buddy Frank McElhenny.

Damn and damn! How could this happen?