With thoughts of the incredible sex she had with Kyle on her mind, Leigh allows herself to be convinced to take him up on his offer for help. But when she tries to find him, she's in for a surprise. 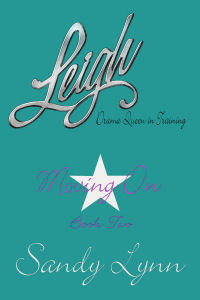 Entering her apartment through the incredibly convenient patio door, Leigh looked longingly at her couch. She wanted a nap. At least it was Thursday. She only had to make it through one more day before she could completely relax. Maybe her friends would understand. She wasn't chickening out of seeing Kyle. No, of course not. No, she was just going to postpone it until she felt she could give him the attention he deserved. Yeah, that was it.
Shaking her head, she flopped down on the couch and opened her cell phone, pulling Bryna up on speed dial.
“No,” Bryna said without preamble.
“What? I didn't even ask you anything,” Leigh said defensively.
“You're going to whine that you're too tired to go see Mr. PA and that you'll do it over the weekend. But you emailed me earlier and told me not to let you chicken out. Plus you've been bitching for the last month how you want to get laid again, so just go knock on his door. The worst that will happen is he'll say no.”
Leigh opened her mouth to say something, then closed it again. Damn, her friends knew her too well.
“Besides, weren't you the one that went on and on and on and on about how good he was? How he rocked your world and all you wanted to do was stretch out and purr when he was done with you?”
Leigh looked around her apartment. She really did need to stop telling her friends so much.
“Go. Ask him. Then call me back. I mean it. Don't make me drive down there and kick your ass. Because you know that's just going to annoy me.”
This time Leigh laughed. She loved her friends. She knew they would be there to support her no matter what--but they would not indulge her pity parties. Especially when she'd asked them not to. And right now, that's what she needed. She needed someone to keep her from talking herself out of something she knew she wanted to do.
“Fine. You win. I'll call you back in five minutes.” Flipping the phone closed, Leigh leaned back against the couch for a minute and shut her eyes. Pushing herself forward, she stood up. Exiting through the front door of her apartment, she comforted herself with the knowledge that she would at least be able to check her mailbox while she was preparing to proposition her neighbor.
Leigh walked up the few steps and paused at her mailbox. She'd get her mail first. Looking around guiltily, she started mumbling to herself, “This is not a stall tactic. Nope. I'd just rather have mail in my hand. Yup. See, I was just getting my mail and thought I'd um, invite you down to my apartment for a little, um…well, maybe we could, uh… Oh, hell, what have I let my friends talk me into this time?” She opened her box. The only mail that she'd received was junk mail.
“Couldn't you at least cooperate with me?” She sighed.
Taking a deep breath to steel herself, Leigh walked hesitantly upstairs to the second floor. Looking around, she wondered which of the four apartments belonged to Kyle. He'd said he lived right above her, but did that necessarily mean that he lived directly above her?
Taking a chance and knocking on the door directly above her own, Leigh held her breath as she waited.
Hey, Kyle. How's life been treating you? Good, good. I was just wondering if you'd like to watch a movie with me… She shook her head.
Hi, Kyle. Do you remember a month ago when you said you were right upstairs if I needed anything? Well there's something I need you to help me with downstairs… Would he notice if she started banging her head against the door?
Kyle. Want to get laid?
She knocked on the door one more time. What if he turned her down? What if he didn't want to ever have sex with her again? What if sex with her had been really bad? She wished she'd come up with a better plan before she'd decided to search him out.
When there was no answer, Leigh wasn't sure if she felt relief or disappointment. At least she had tried, right? Her friends couldn't fault her for that. She had tried. Would they believe that she tried? As she began to walk away, she heard a door open behind her. She had to know if it was Kyle. Had he been in the shower? Would he be wrapped in a towel with drops of water clinging to his chest?
“Can I help you?” An attractive woman was looking out at her from an open doorway.