A new love interest in her life, Leigh feels happy. Dating isn't all it's cracked up to be, but she's pretty sure it's worth the effort this time. After all, this is a guy who has seen her at less than the best times.

Will Chris be able to replace Kyle and finally help Leigh kick her neighborly addiction? 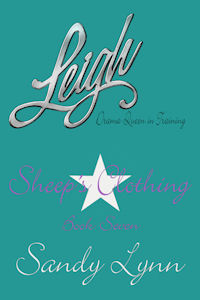 Leigh had changed three times. She’d finally settled on a semi-low-cut top and a new pair of low rise jeans. She wasn’t sure that she should be wearing them, maybe she should’ve worn something different. But then she didn’t seem to ever know what to do when it came to men. Just when she thought she knew what to expect, she was thrown.
Part of her said that Chris was too good to be real. After all, how many guys would hear the rant that she’d given and still want to hang out? No, there had to be something wrong with him. Especially since he wasn’t pushing for more of her time.
Or could she possibly have finally found a guy she could really understand?
This time she had gotten to her destination early on purpose. She wanted to get a feel for the place before her date got there. To locate important places, like the bathroom, and get used to the atmosphere. It was the control freak in her. And, truthfully, she’d wanted to make sure she could find the place.
Looking around, she nodded in time with the music as she noted the dim lighting and the almost empty bar.
Maybe it was empty because it was the middle of the week. With a deep breath, she decided it didn’t matter. If nothing else, it would make it easier for the two of them to hang out without fear of too much interruption.
A nice waitress came by and asked Leigh what she’d like to drink. She was tempted to indulge in something alcoholic, but refrained. Instead she ordered a soda and made her way over to the pool tables. She claimed one and put the required coins in for the balls to be released. She racked the balls and grabbed a cue stick.
And immediately flashed back to the last time she was out playing pool. She had wanted a simple night out. Part of her wondered how she could’ve been so stupid not to realize the man who approached her was flirting with her. All the signs were there. She was just so self-absorbed, too lost in her own little world of self-pity to notice.
Lost in thought, she could practically feel the old guy walking behind her and pressing into her. When she felt a slight tug on her hair, she felt a scream well up inside of her and started to swing around, ready to use the cue stick as a weapon.
“Whoa there, Slugger,” Chris laughed as he took a quick step back.
“Sorry,” Leigh blushed. “I was kind of lost in thought and you startled me.”
“From the swing I’d say it wasn’t a particularly happy thought.”
“Not really.”
“Well, maybe we can change that.” With a smile, he stepped past her and grabbed a cue stick. “Is this a private game, or can I join?”
Shaking away the memory, Leigh smiled. “Sure, why not.”
Chris broke the balls and smiled when several immediately fell into a pocket.
They were on their second game when he got a strange look on his face and quickly excused himself.
After a few minutes, Leigh laid her stick against the table. She drank what soda remained in her cup, then made her way to the restroom. When she came out, Chris was standing beside the pool table, not looking very happy.
“Is something wrong?” she asked, hoping that someone hadn’t put a damper on their fun.
“Yeah. I have to go. My…” He sighed. “Something came up that I have to handle.”
“Can’t someone else take care of it?” How inconsiderate could his job be that they called and interrupted whatever he was doing?
“No, someone else can’t take care of it. My kid’s throwing a fit,” he yelled at her. After a few seconds, he walked over to her.
Too stunned to move, Leigh allowed him to take her hands in his. He had a kid? When was he going to tell her about this?