When Byron Randall -- in his mid-fifties, single and alone -- moves into a new condo complex, he meets another resident, fifty-five year old realtor Jonah Hyland -- also single since his breakup with his much younger lover. The two middle-aged men become friends, sharing common interests in gardening and hiking.

As their friendship deepens, each man wonders if he has found someone he could learn to care for. Then Jonah's ex reappears in his life, much to Byron's dismay. Will this end Byron and Jonah's budding romance? Or will they discover that, together, they can let go of loneliness? 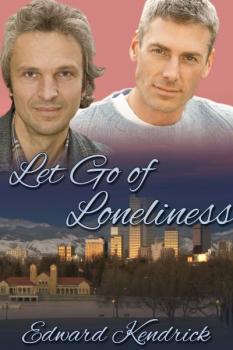 Glad of a respite from the daily grind -- so to speak -- since it was Sunday and for once he had no clients wanting to house hunt, Jonah decided to go for a run and then, maybe, stop by the Botanical Gardens. He enjoyed them -- sometimes dreaming of what he'd do with a garden of his own. Not that he ever planned on owning a house. After selling them day in and day out, he was quite happy to be living in a condo. It was large enough for him, and there was no maintenance since that was taken care of by the home owners association.

He automatically patted his pocket for his cigarettes as soon as he was on the sidewalk outside the building. The craving was still there, but so was the relief when he realized yet again he'd managed to beat the habit -- finally. It had been one month since his last smoke and he was justifiably proud of his accomplishment.

He set out running and after several blocks slowed down to a fast walk, veering left down a side street leading to the Gardens.

There was a line at the entrance gate, giving Jonah time to decide which of the various gardens he wanted to visit. While he liked the greenhouse, he was not in the mood to be hot and sticky. He settled on the alpine and Japanese gardens, paid the admittance price, and went inside.

Of course I pick the ones at the far end. The walk was pleasant, however, so he didn't mind. He was glad to notice he wasn't the only middle-aged person there, although most of the others were couples -- husbands and wives he presumed. He wondered how many of the men had been coerced into coming by their women. He could imagine the conversation. "If you come with me, then I'll go watch you play soccer with the guys this afternoon," or arguments to that effect. Something I don't have to worry about, thank goodness.

He remembered trying to get Collin to come to the Gardens with him a time or two while they were together. It had been an exercise in futility. "Guys don't go wandering around looking at flowers," Collin said scathingly. Or art museums, or art galleries, apparently, since he was never willing to accompany Jonah to them either. Now shopping -- that was another thing entirely. Jonah considered he was well rid of the much younger man.

As he approached the pond in the Japanese garden he thought he saw someone he recognized. Or rather someone he'd seen before if the hair was any indication. The man was seated on a bench by the pond, staring down into the water. He looked up as Jonah approached, frowned momentarily, then smiled.

"Unless I miss my guess," the man said, "you live in the condo complex I just moved into."

Byron chuckled. "Now what do we talk about?"

Jonah laughed. "Pretty much. Are you new to the city, or just to the area?"

"Talk about déjà vu. A kid half my age asked me the same thing less than an hour ago. I just moved to the city to take a job at the history museum downtown."

"Oh? Doing what?" Jonah nodded to the other end of the bench. "Do you mind?"

"Would I be right in thinking that means you work on preserving old papers and manuscripts?"

"Assessing, organizing, preserving -- as you said -- and otherwise making certain they are what they seem and have some long-term value. Documents, photos, maps, all of the above," Byron replied. "What do you do for a living?"

Jonah smiled wryly. "So I keep telling myself."

"Overall, no. It's got more to do with the people I sell them to. The rich and famous. Well, famous in their own minds a good deal of the time."

"I guess that leaves me out, being neither rich nor famous."

Arching an eyebrow, Jonah replied, "And yet you're living in a fairly expensive condo." 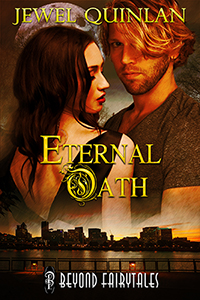 Taste Me (MM)
Marie Medina
In Shelf
$3.99
Tweets by
sirenbookstrand