Love Story for a Snow Princess 3

Love Story for a Snow Princess 3

More From Love Story for a Snow Princess

Norah was standing in line at the post office when her cell phone buzzed in her pocket. She sat the package she was going to send on the little island next to her and dug her phone out. She didn’t recognize the number but she decided to answer it anyway in case it was Jill calling from a different phone line.

“This is Jake Coolidge. I work with your cousin Jill.”

Norah’s mind went blank. She pulled her phone away and looked at it, as if that was going to give her divine answers to thinking. Oh god! And that’s as far as her brain got.

“Uh…yes. I’m here.” She hoped Jake Coolidge could not hear the breathless quiver in her voice. She glanced behind her at the other customers and got out of line so she could have a private moment with Jake Coolidge!

She moved the phone away to clear her throat and then returned it. But it was impossible to steady her pounding heartbeat so she didn’t even try.

“Yes, Mr. Coolidge, I’m here. How may I help you?” She gave a fist pump her voice came out sounding normal.

“Last month Jill gave me your script to read and I was hoping we could meet for lunch and talk about it.”

Had she just died?

Because no frickin’ way had Jake Coolidge just asked her to lunch!

“Definitely,” she murmured calmly. “Is there a day that works well with you?”

“I am free tomorrow.”

“Great. I live in Malibu. There’s a great little café on the PCH, just past Las Floras Canyon Road called The Applegate. Meet me there about noon?”

“That sounds nice. Thank you for your call.”

He gave a smooth chuckle. “My pleasure. See you tomorrow, Miss Scaritt.”

And he clicked off.

Norah stood there for a long moment, staring at her phone, wondering if she’d just dreamed the whole conversation with Jake Coolidge.

She jumped up in the air with a whoop of joy and then danced in a circle. It took her a few minutes to realize that she was still in the post office and everyone in line was looking at her and smiling.

She held up the phone. “Good news.”

The woman closest to her smiled. “Congratulations. Is this your package?”

She grabbed the box and hurried out the door, her fingers already speed-dialing Jill. Her cousin answered on the second ring.

“Guess who I have a lunch date with tomorrow?” she asked, not even bothering to give a greeting.

“Why would I have a lunch date with Brad Pitt?”

“Really? He must have read your screenplay!”

“Yep. That’s what he wants to talk about. What do you think that means?”

“I think it means he wants to talk about your screenplay.”

“No, not that,” Norah grumbled. “I meant, do you think that’s a good sign? That he liked it? It’s gotta be because he liked it. Right? He wouldn’t set up a lunch date to tell me it sucked, would he?”

“I’m sure he liked it,” Jill replied.

“Your answer sounded like it had a but in there.”

“No but. He does have a fine-looking one, though.” Jill giggled.

“You asked that one twice. Calm down, Norah. It’s just Jake. I talk to him all the time.”

“On set, yes. I usually have to get him when he’s needed on set.”

“Is he nice or a jerk? Is he really that gorgeous in person? Should I dye my hair blonde?”

Jill laughed. “Slow down, cowgirl! Jake is nice, but he’s a player. If it’s got a pussy he’s trying to hump it. Yes, he’s very handsome and absolutely do not dye your hair. Calm down, Norah, before you hyperventilate to death.”

“I know,” Norah said, dragging in a deep lungful of air. “I have to go home and pick out what I’m going to wear.”

Jill laughed. “Go ahead. Call me after the meeting.”

If she was going to have another night with him, she was going to give him a night he’d not soon forget. She might not have much experience, but she read romances, and she had a helluva imagination.

When they got to his room, Jake pulled her into his arms and kissed her. She felt his hard cock pressed against her stomach. This time, she wanted to take things slow and learn about Jake, what he liked and what drove him crazy. She pulled back slightly to meld their lips gently, starting the kiss out slowly to let the magic build. Their tongues met, danced, twining together. Norah’s knuckles glided over Jake’s stomach and she felt the muscles contract against the ticklish caress.

She found the zipper to his jeans and lowered it. She broke the kiss and sank to her knees, working his pants over his hips. The mental image of the blonde giving him a blow job flashed through her mind and all she wanted to do was do a better job. She wanted to make sure Jake Coolidge didn’t forget her.

Slowly, her hands slid inside the pants and under the elastic band of his underwear to grab the firm globes of his ass. She explored for a moment, tracing over the firm, smooth skin and even dipped into the crack to trace the seam until she skimmed his balls. Jake groaned and wiggled his hips a little impatiently. Norah only smiled.

She pushed his clothing down, carefully freeing his long, thick cock. The blood-engorged member stood proud from a dusting of dark curls. It twitched as if knowing that it was being admired, bobbing slightly above a full sac. She wanted to suck it into her mouth but knew if she did that now, her little seduction would lose its memorable quality. So she continued teasing.

Instead, she licked his balls and caressed them, feeling each individual weight. Jake moaned and buried his hands in her hair. Norah ran a finger over the tip of his cock, catching the moisture leaking from it and using it to coat the head. She rubbed it over and over, back and forth, as her mouth kissed the hot skin at the base of the shaft then moved up, taking her sweet time to enjoy it.

The skin on the head was smooth but swollen as pre-cum leaked steadily from the tip. Norah sucked it into her mouth, using the flat top of her tongue to massage up and down. Jake made breathy little noises of need and they just about drove her crazy. Norah rubbed the bulging vein that disappeared under the mushroom head where she lapped up the drops of white fluid that dripped from the hole.

She loved Jake’s salty essence on his tongue. He moaned and bucked his hip as if demanding attention. Norah slipped her mouth around the head, tracing each curve with her tongue, easing her mouth over then down, going slowly. Her right hand encircled the base while her left hand rested on Jake’s hip to control the thrusts.

Norah began the blow job with short, shallow thrusts. Each time, however, she allowed Jake’s cock to go further, deeper, letting her throat muscles relax. In a short time she was deep throating him, making him moan and shake with pleasure.

Little by little, Norah increased the tempo, speeding up, her right hand moving to Jake’s sac and squeezing it, playing with it, rolling the balls through the thin skin. Jake gave a heavy gasp, his hips twitching under the restraint he was holding on to.

With obvious reluctance, he pulled back to plop out of her mouth. She looked up at him through her lashes, knowing her lips glistened with saliva.

“I don’t want to come in your mouth,” he told her. “I want to be buried in your tight little pussy when I do.”

The dirty words made her shiver with desire. He held his hand out to her and helped her stand in front of him, only then removing the rest of his clothes before stripping her bare.

He kissed her again, reaching out to bring her body flush against his. She felt every inch of his strength, through the corded muscles on his arms and down his long legs. Her body was different, of course, soft to his hardness, and she tried to push from her mind that she wasn’t the perfect goddess he was used to. She was glad the room was dark. She didn’t think she’d be able to stand in front of him naked with lights on.

He guided her backward, until the back of her knees hit the bed and she sat down, breaking the kiss. Then it was his time to go to his knees. He gently pushed her back until she lay down and he pulled her hips forward, giving him complete access between her thighs.

She was already wet for him and she heard his appreciative growl just before he slipped one finger into her snug channel and latched on to her clit with his mouth. He began a tender assault on her senses as she gasped and arched her back. And when his finger found her G-spot the world burst into a kaleidoscope of colors.

He wasted no time finding a condom and slipping it on. He flipped her over and raised her ass in the air to bury himself completely inside her.

“Jesus, you’re tight,” he muttered, holding still inside her for a moment.

“Oh, sweetheart, I will,” he promised, kissing the back of her neck. “This sweet pussy is mine.”

He withdrew until the tip of his cock was barely inside, and then he thrust forward sharply. She moaned and pushed back, wanting more. 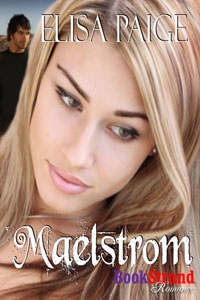